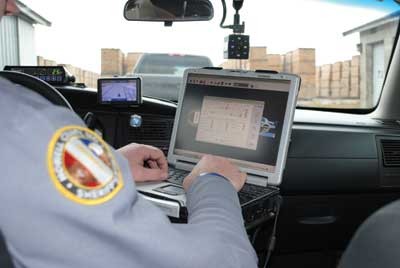 Fighting and reducing crime is tougher than ever before for law enforcement due to drastically slimmed down budgets, fewer officers to handle incidents and a tsunami of crime information from a sprawling range of sources. It is a challenge that translates to less time for crime analysis so that agencies know how best to police their jurisdictions each day. Yet help is here with the growing availability of crime analytics, a specialized method of identifying department-wide crime patterns based on multiple data sources that can be mined for crime patterns, trends and critical information. An analytics capability can integrate various law enforcement sources such as calls for service, incidents, arrests and offenses and push this information to officers and supervisors so they can best determine how to investigate crime and deploy resources more efficiently to deal with it.

Analytics is a way for agencies to be as proactive about policing and crime prevention as possible. While this kind of intelligence-led policing is not new, it remains a proven way to get in front of criminal activity before it becomes worse or has a chance to run away entirely. By using this technology, investigations will be stronger and cases will close faster.

The International Association of Chiefs of Police (IACP) indicates it has seen mounting interest across the nation in predictive policing technology. “Law enforcement wants more detailed, more comprehensive and timelier incident level data, particularly in these economic times,” says David Roberts, Senior Program Manager for the IACP’s Technology Center. Roberts attributes the interest in analytics to a push for greater transparency and accountability for law enforcement. “You’ve got to have that level of detail, and it’s got to be fairly close to real-time data so you can begin to efficiently and effectively deploy your resources. You’ve got to have those kinds of detailed incident reports to produce the metrics, ultimately, that allow you to measure and assess the value of a particular tactic.”

Roberts indicated that there are constant improvements in records management system software in place at many agencies, and that much information is handled with more mobile technology via mobile data computers, but also tablets, iPads and smartphones. One of the values of these mobile solutions is that they enable officers to capture data directly in the field, to share it and to push it up to real-time applications as early as possible, according to Roberts

Nearly every police department and sheriff’s office across the globe has an RMS. And these systems typically have basic predictive analytics capabilities. This is what Sgt. Tim Gallion of the Edwardsville (Ill.) Police Department-which has 42 sworn officers-has discovered by using the CrimeStar RMS from San Jose, Calif.-based CrimeStar Corporation. Specifically, Sgt. Gallion has found the software’s extensive online query capability to be most valuable. For example, an officer has the ability to identify a problem occurring in the community and enter this into the software’s query tool. He can also enter a description of what his approach will be to resolve the problem. “This means other officers can know what the problems are, what the plan of attack is and who to talk to,” Sgt. Gallion says. “Then, one step further is the ability to track officers’ actions in that problem area.”

A good example of this crime analysis approach is when there is a complaint of excessive traffic in and out of a particular house. It could be that a neighbor suspects that drug trafficking is taking place. The officer assigned to that particular beat can make an entry into the CrimeStar software, which will identify the address, possible suspect vehicles and maybe even possible suspects. Officers who have worked that beat can make entries into CrimeStar’s query system each time they check the suspicious neighborhood or drive down one of its streets.

Like many RMS, CrimeStar offers a wide range of modules, including arrest and booking, all-points bulletins (BOLO), incidents (crime reports), calls for service, community policing, warrants, master name, address and vehicle indexes, registrants (sex, narcotics, arson) and many more. A mapping component in CrimeStar allows viewing of various data on digital maps, with wide area and street level detail. Also, maps can be zoomed to show more or less area depending on the data being shown.

“The entire query sub-system allows you to search any module using a variety of criteria,” says Alec Gagne, president of CrimeStar Corporation. This capability offers numerous query forms that can be used depending upon what an officer is searching for and what module he wants to search in. “Likewise, the custom query and reporting tool allows users to roll-their-own queries and search for almost any data element within the entire database,” Gagne continues. “The query feature in CrimeStar is very powerful and it makes performing crime analytics easy for every officer.”

Edwardsville PD uses CrimeStar in its squad cars in addition to its headquarters building. Officers can make entries into the software’s query feature via MDCs, then synchronize queries to the police department’s SQL server-based CrimeStar program. CrimeStar is both FBI Uniform Crime Reports (UCR) and is FBI National Incident Based Reporting System (NIBRS) compliant

Heat Maps Show Where Officers Are Most Needed

Standalone analytics systems are also becoming more widely used in law enforcement. For example, the Marshfield (Wis.) Police Department-which has 38 sworn officers-is using the CommandCentral Analytics and CommandCentral Predictive software programs from PublicEngines, Inc., in Draper, Utah. The software sets up reports that are automatically updated, then emails them to others within an agency or to city management; allows access to real-time reporting, analytics and crime maps from any computer or tablet anywhere; and maps, analysis, street view photos and more give officers everything they need to be proactive.

Marshfield PD has only had the software in place for a few months. “It helps officers see where they need to focus their attention, whether it’s car break-ins or residential burglaries, for example,” says Chief Rick Gramza. The chief particularly likes CommandCentral’s heat maps. With this feature, a map of the city is marked up with small squares representing measured zones where crime is likely to occur next, and even the type of crime that will probably occur. “The heat maps show us where the greatest call volume is,” Chief Gramza says. “It also helps us make sure we’re adequately staffed for those calls. The heat map has suggested that our power shift, which was previously run from 3 p.m.–3 a.m., should in fact run from 1 p.m. –1 a.m. based on three years of call volume data to enhance policing coverage.”

CommandCentral takes Marshfield PD’s numerical and historical data, such as calls for service through computer-aided dispatch (CAD), UCR reports and RMS data and organizes it in a visually appealing way to provide a better understanding of how the department can serve its community. The software also can create charts, graphs and crime mapping not possible with Marshfield’s RMS and can import maps of the city, policing districts and alderman districts via Google Maps so that patrol of problem areas can be strengthened.

PredPol Predictive Policing Software, based out of Santa Cruz, Calif., is another example of a standalone product for predictive policing. The software is built to predict highest risk time and locations for future crimes. According to PredPol’s website, the program complements officers’ intuition by targeting place-based prediction “boxes” as small as 500′ by 500′. The software predicts not only where and when events most likely will occur, but also who is most likely to perpetrate them, which is where the prediction boxes come into play. In this way, officers can be briefed at roll call on the highest rated “hot spots” for that day and give extra focus to those areas, by as much as 15 minutes every two hours. The upshot of this capability is that PredPol’s software enables law enforcement to achieve “target hardening,” which means that while officers police these trouble locations and suppress crime, they actually are helping to eliminate it entirely

Predictive policing can aid any police department no matter what size it is, but is especially helpful for smaller agencies. The Wilmore (Ky.) Police Department is a good example. With only 13 sworn officers, the department finds its RMS program an invaluable tool for keeping a close watch on crime and trouble spots in this city of 6,000 people. No major crime occurs here where the demographic comprises mostly university and seminar students.

“We still have our crime issues,” says Chief William Craig. Like Edwardsville PD, the Wilmore PD uses CrimeStar RMS. Again, the software’s query capability is the key to developing and mining crucial information on percentages of types of crime activity and where it occurs. Much of the crime involves theft from vehicles, domestic violence, assaults and drug trafficking. There have been no homicides from the time Chief Craig started his job in 2003.

In 2003-shortly after the RMS program was installed-Chief Craig relied extensively on the software’s query feature to gather data on dates, names of possible suspects, locations of crime incidents and types of crimes. “We just naturally wanted to know this information and, of course, analytics entered the picture,” he says. Department officers query for arrests and bookings, calls for service and warrants. Any person can be searched as to what activities he or she has been involved in. By looking at calls for service, the query feature most likely will provide an address and possible incidents. If an address has had several calls on it, officers can see in the database who lives in the area or who police have dealt with there. “This gives us a start toward finding a possible suspect,” Chief Craig says. “We may find someone or not, but the query tool at least gives us an insight as to what’s going on and where in our city.”

Building a good, detailed database is at the core of any analytics system. Wilmore PD has entered names, addresses, vehicles, types and locations of crimes, a gun registry and wanted persons in its database. The database helps with analytics, but also with community policing for which there is a module in the software. Officers reporting back to duty from their days off search the RMS for any criminal activity that transpired while they were off shift. “This helps them determine what areas they need to patrol more frequently than normal and pay attention to what’s going on in them,” Chief Craig says.

As a result of using its RMS-and the query capability, in particular-Chief Craig estimates there has been a 30% drop in theft from vehicles and that drug trafficking has been reduced by 15%.

Since ceratin types of criminal activity in one community can spread to other nearby communities, and possibly be related, a predictive policing solution used by several law enforcement agencies can be powerful and effective. Chief Gramza, for instance, suggests: “If we could get some of our neighboring counties onboard (with the CommandCentral software), we could share their information and assist one another to solve crimes. A lot of crimes happening in our city could also be happening in a city five miles north of us. But right now, we’re not connecting the dots. That’s a goal.”

Bob Galvin is a freelance writer in Oregon City (OR), who writes on various law enforcement topics.