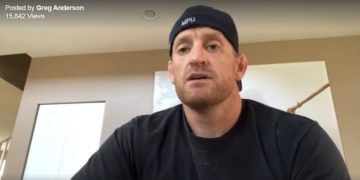 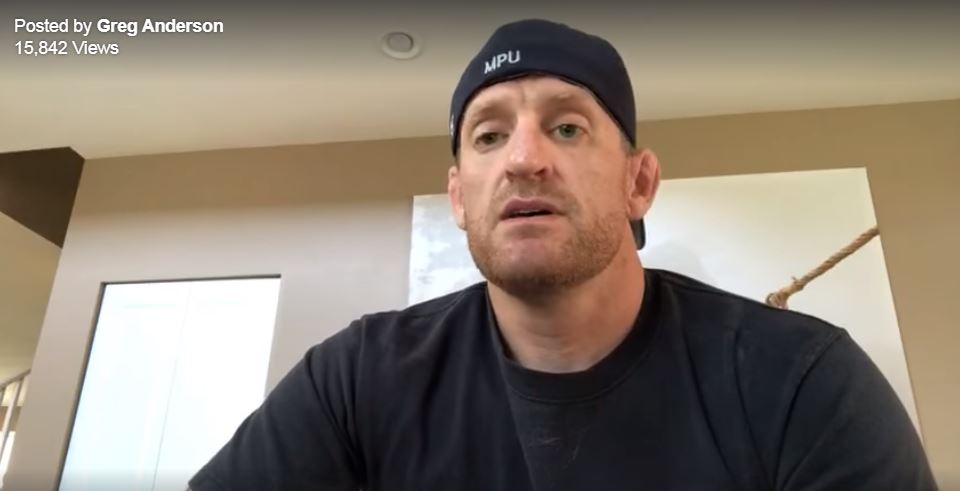 Law Officer has been bringing you regular updates on Port of Seattle Police Officer Greg Anderson.

After filming a video on May 5th about his disagreement with law enforcement enforcing newly imposed “rule” violations in light of the COVID-19 Pandemic, he was placed on administrative leave a few days later by his agency after Greg refused to remove the video.

The department’s actions created quite the stir around the country and a GoFundMe Page to support Anderson has raised over $300,000 in just two days.

I’ve received tons of questions regarding my termination from the Port of Seattle Police. So I figured I should explain. I have been placed on administrative leave (still being paid) pending investigation. I was told by both the agency and my union that this will result in termination due to it being an insubordination charge for refusing to take down the video. I’m not sure what the timeline looks like. I walk un-intimidated into the fray. Thank you for all the support🙏🏻#police #liberty #constitution #quarantine @unclesamsmisguidedchildren @eddiebravo10p @cameronrhanes @granderson33

Port of Seattle Police Chief Rod Covey has not responded to the controversy but posted a lengthy statement on the department’s website.

Covey stressed that Anderson is “clearly a good police officer and exceptional American.” However, he wrote, Anderson’s “right to speech has limitations.”

Here is the full statement by Chief Covey:

Thank you for looking at our website. Chances are that right now you are looking to post something in regard to how the Port of Seattle Police Department is handling allegations against Officer Greg Anderson. I understand the frustration and anger that many people are feeling at this time in our country’s history because of how our world is being turned upside down in so many significant ways. And there is not much that any of us can do except be patient while we work as a country to get this virus under control.

To the reason for your visit to our site, Officer Greg Anderson is on paid administrative leave while we look into allegations that he violated our policy on the use of social media. I hired Greg, and he and I have always had a mutually respectful relationship. That respect continues to this day. He is clearly a good police officer and an exceptional American. That said, as a police officer wearing one of our uniforms, his right to speech has limitations on which he has been well-trained and that he has understood since joining the policing profession. Greg has always had the ability to express his opinions on what is going on in the country like all other Americans. However, he is not allowed to do so while on duty, wearing our uniform, wearing our badge and while driving our patrol car. Every police officer in the country understands that. I personally told this to Greg and told him that I would support his right to talk about these issues as long as he did so while not claiming any affiliation to our police department. Greg has chosen this course of action even after he and I spoke and while also knowing that his actions were outside of well-established policy.

For 43 years I have served in the law enforcement profession and plan to do so for a couple of more years. I have been proud to serve alongside heroes throughout my career. I work with over 120 of them right now at the Port of Seattle Police Department. But another 20 of my heroes have their names on the walls of the Peace Officer Memorials in Washington, DC and in Phoenix, AZ where I served 32 years with the Arizona State Patrol. These men were my colleagues….they were my friends. This week is National Police Week and Friday, May 15th is National Peace Officers Memorial Day. While you stand up for Greg this week, please take time to also remember all of the heroes that have given their lives while serving and protecting others.

It is sad that we have become such a divided country because if you got to know me and the men and women working in our police department, you would find that in many ways we are probably not that different. In my case, the one main way that we are different is that I have the responsibility to make sure that all of my officers do what we all signed up to do which is to protect and serve all Americans. And to do it while adhering to our training and our policies – all of them.

What are your thoughts?

Let us know in the comments below.

Law Officer is the only major law enforcement publication and website owned and operated by law enforcement. This unique facet makes Law Officer much more than just a publishing company but is a true advocate for the profession.
Tags: covid-19free speechNewsport of seattle