He Is Being Threatened With Termination 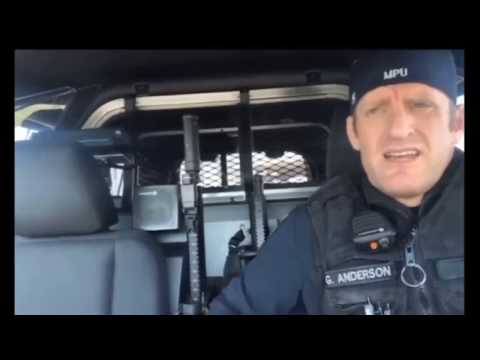 Similar to what we have been saying here at Law Officer, he questioned why law enforcement around the country was enforcing newly invented rules in light of COVID-19.

“That is not how our job works okay, what really has been pissing me off lately is the fact that these officers that are going out here and enforcing these tyrannical orders… what they’re doing is they’re putting my job and my safety at risk because what you’re doing is your widening the gap between public trust and law enforcement officers,” said Anderson. He went on to say, “I want to remind you that regardless of where you stand on the coronavirus we don’t have the authority to do those things to people just because a mayor or a governor tells you otherwise I don’t care if it’s your sergeant or your Chief of Police we don’t get to violate people’s constitutional rights because somebody in our chain of command tells us otherwise it’s not how this country works those are de facto arrests you know we’re violating people’s rights.”

The next day, Greg woke up and received a message from his chain of command thanking him for a job well done.

He was relieved because like we often discuss in the Courageous Leadership Seminar, law enforcement is often crucified for telling the truth.

Three hours after he was told by his department they were in full support of his video,  Greg got a call instructing him to take down the video.

By the next day the video had reached 430,000 views and the agency flat out told him “is time to pull the plug on this.”

Greg responded that “maybe we should embrace this message.” 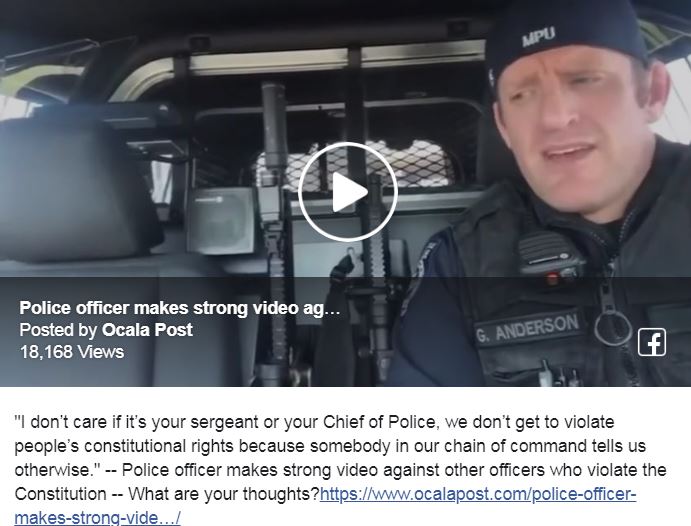 A few hours later he was told that if if he didn’t take it down immediately and accept a letter of reprimand, the department would take a much harsher approach.

Greg refused to remove the video in part because of the content of that video.

“I thought it was grounded in liberty and integrity and that no one would have issue with it,” Greg says.

“I had to be willing to die on that hill,” Anderson stated.

“The whole message I was trying to share that if you believe something in your heart you have to stand by that message, even if it costs you everything.”

With that, Greg told his boss, “I can’t take the video down.”

His Chief told him, “If you openly defy your Governor, you can’t be a police officer in the State of Washington.”

As is usual in the weak and cowardly leadership that has permeated this fine profession, Greg was subsequently placed on leave and threatened with termination.

Greg says “that I cannot afford to lose my job.”

He has kids and a house but he is steadfast in his beliefs.

And for that Greg Anderson is a hero.

In a statement, Anderson wrote, “I’ve received tons of questions regarding my termination from the Port of Seattle Police. So I figured I should explain. I have been placed on administrative leave (still being paid) pending investigation. I was told by both the agency and my union that this will result in termination due to it being an insubordination charge for refusing to take down the video. I’m not sure what the timeline looks like. I walk un-intimidated into the fray. Thank you for all the support.”

The Port of Seattle Police Department has refused to comment.

Travis Yates, the Author of the Courageous Police Leader: A Survival Guide To Combating Cowards, Chaos & Lies, calls this action against Greg one of the most cowardly deeds he has ever seen.

“Cowardly Leaders are ruining this profession and the good men and women that do the job and it is time to stand up,” Yates said.

Yates calls on all of America and Law Enforcement to take a stand and show cowards that their time is up.

“By the end of the month, I want to send a million dollars to the bank account of Officer Anderson and if he is fired, I want him in any job that he wants,” Yates told us.

Yates says it is time to send a message to the cowards that are hell bent on ruining the lives of law enforcement for standing up for what is right.

You can donate to Greg Here.