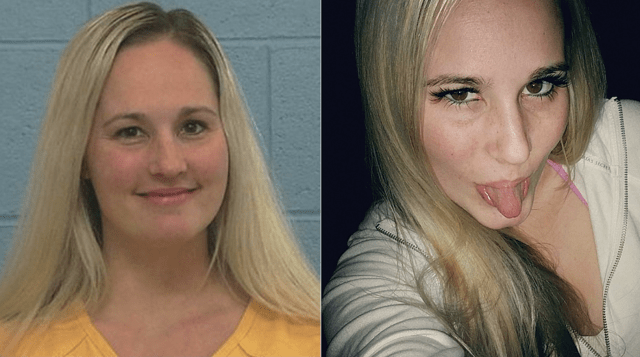 Katrina Danforth, who performs under the name "Lynn Pleasant" in adult films, pleaded guilty Monday to trying to hire a hitman to kill the father of her kids. (Photos via Fox News)

Katrina Danforth, a 32-year-old who performs under the name “Lynn Pleasant,” was arrested in December 2018 by federal agents in Washington state.

The investigation was sparked after Danforth apparently told her friend she wanted the man killed, according to Idaho’s The Spokesman-Review. Per court documents, her friend gave her the number of a “hitman” in Montana, and she agreed to meet him in October.

During their meeting, Danforth “agreed to pay $5,000 in exchange for the murder” of a man only identified as “R.H.” She allegedly laid out a few instructions: the target’s body must be found, and it was all right if others in his home were harmed.

Danforth allegedly mailed the supposed hired killer $2,500 in a thank you card from Idaho to his address in Montana in November. “This money was the down payment for the hit with the remaining $2,500 to be paid after R.H. was murdered,” Assistant U.S. Attorney Traci Whelan wrote in court documents.

The adult film star pleaded guilty in Idaho on Monday to two of five counts of illegal use of interstate commerce in the commission of a murder for hire. She reportedly faces up to 10 years in prison and a $250,000 fine for each count.