Law Enforcement Needs Leaders That Will Defend Them 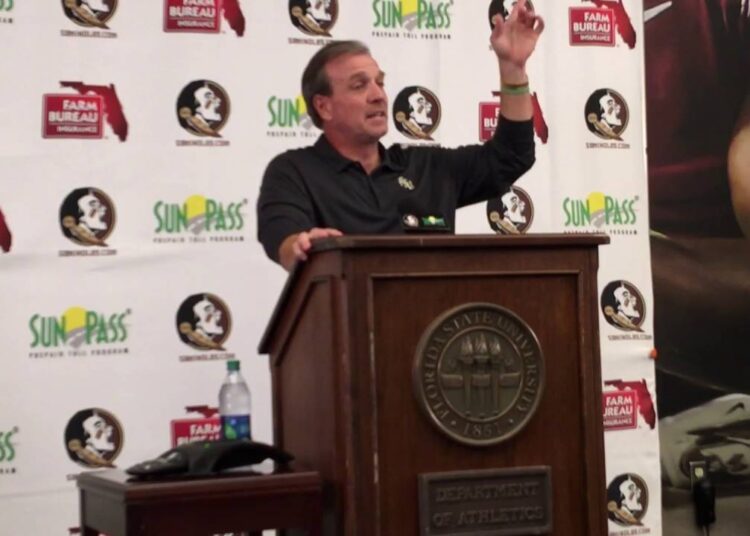 I’ve developed a few bad habits over the course of the last 50 years and one of them is College Football. Certainly there could be a healthy balance between other obligations and the game but I have readily admitted that I can’t do it. I’ve tried to soften the blow with my better half by claiming that there are only 12 Saturdays a year that I am unable to assist her or provide any emotional support whatsoever but that hasn’t always been a popular position. I’ve even stayed away from golf as a negotiation tactic but that doesn’t seem to work. I suppose admitting the problem is the first step in fixing the problem but I have no desire to fix it.

I love college football and there’s nothing better that the South Eastern Conference. That’s why the “war of words” between Texas A&M Coach Jimbo Fisher and Alabama Coach Nick Saban caught my attention this week.

On Wednesday, while discussing Alabama Football, Saban claimed that Texas A&M “bought every player.” Saban said the words when talking about his team being number two in recruiting and that they didn’t buy anyone while A&M was number one and had bought every one of them.

It has everything to do with it.

Imagine if A&M Coach Jimbo Fisher acted like so many police leaders have acted in recent years. An adversary or media outlet says something inflammatory and accuses your organization of something that they did not do.

Most of you know exactly what would happen because we have lived it for several years. Whether it’s calling an agency racist without a shred of evidence or the latest citizen that publicly slams a street cop when the body camera footage shows them to be a liar, we have become accustomed to the tap dancing leader that stays away from saying anything that would upset those same liars while letting others ravage the careers that we have dedicated our lives to.

The price for this cowardly leadership has been high. Most cops I talk to that have left, didn’t leave because of the media or the politicians that use our profession for their demented agenda. After all, that has always been the case.

They are leaving because there is no one to defend them.

What Jimbo Fisher did on Thursday is why Texas A&M will continue to be highly sought after by high school athletes.

In a press conference, Fisher, who was visibly upset, called what Saban did “despicable.“

“It’s despicable that somebody can say things about somebody, more importantly 17-year-old kids. You’re taking shots at 17-year-old kids and their families, that they broke state laws … we never bought anybody. No rules were broken. Nothing was done wrong,” Fisher said,

“It’s despicable that a reputable head coach can come out and say this when he doesn’t get his way, or things don’t go his way. The narcissist in him doesn’t allow those things to happen.”

Fisher calls Saban a "narcissist" and says he won't take his call.

"We built him up to be this czar of football. Go dig into his past." pic.twitter.com/iG4UQ4BH3I

Fisher continued to lay into Saban, alleging that he hasn’t exactly done everything above board.

“Some people think they’re God,” Fisher said. “Go dig into how God did his deal. You may find out about a lot of things you don’t want to know. We build him up to be the czar of football? Go dig into his past, or anybody that’s ever coached with him. You can find out anything you want to find out.

“I know the guy. I know him really well. It’s amazing that we’re allowed to do those things.”

Saban, who is one of the greatest college coaches of all time, gave us another great leadership lesson. After apparently recognizing that his comments were inappropriate, he apologized about the incident.

I’ve seen street cops go into higher positions my entire career and I’ll never understand how they can go from some of the most dangerous activities that you can imagine without hesitation and as soon as they get behind a desk, they turn into cowards.

Law enforcement desperately needs men and women to defend them and it’s time that their names begin with Chief or Sheriff.