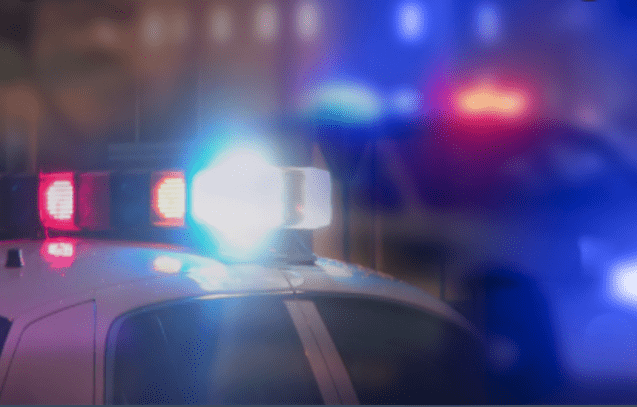 The National Police Association (NPA), a national non-profit law enforcement support and education organization is a voice of reason in an amicus (friend of the court) brief filed in the U.S. Supreme Court. The case involves the officer-involved shooting of Joshua Scism and his estate’s lawsuit against Detective Brett Ferris.

In the words of the U.S. Supreme Court “The doctrine of qualified immunity protects government officials from liability for civil damages insofar as their conduct does not violate clearly established statutory or constitutional rights of which a reasonable person would have known.” per Harlow v. Fitzgerald, 457 U. S. 800, 818 (1982). Qualified immunity balances two important interests—the need to hold public officials accountable when they exercise power irresponsibly and the need to shield officials from harassment, distraction, and liability when they perform their duties reasonably. The protection of qualified immunity applies regardless of whether the government official’s error is “a mistake of law, a mistake of fact, or a mistake based on mixed questions of law and fact.”

Another definition that is considered by the courts in use of force cases is the Constitutional provision of the 4th amendment, “The right of the people to be secure in their persons, houses, papers, and effects, against unreasonable searches and seizures, shall not be violated.” Therefore, force that is reasonable in an arrest, which is a seizure, is lawful. Other federal provisions allow persons to civilly sue a government actor who violates this right to be free from unreasonable force. This is what is happening in this case for which the NPA is offering help to the courts to understand the issues.

Do the courts need advocacy groups to school them on the issues? The answer, in the Ferris case, is that, while courts largely adhere to legal precedent, they are not experts in science which must drive the court’s decision here. The circuit court from which the case is being appealed has erred, in the expert opinions reflected in the NPA amicus brief, by failing to take the established science of human performance and capacity into account in defining what is reasonable. Their disregard of essential facts relating to the granting of qualified immunity is part of a troubling judicial trend to chip away at this essential protection for law enforcement’s ability to make decisions affecting public safety.

An essential component of reasonableness is a consideration of what the courts have called “the totality of circumstances.” An essential case incorporating this concept is Graham v. Connor, 490 U.S. 386 (1989) which stated, in part, “The Fourth Amendment ‘reasonableness’ inquiry is whether the officers’ actions are ‘objectively reasonable’ in light of the facts and circumstances confronting them, without regard to their underlying intent or motivation. The ‘reasonableness’ of a particular use of force must be judged from the perspective of a reasonable officer on the scene, and its calculus must embody an allowance for the fact that police officers are often forced to make split-second decisions about the amount of force necessary in a particular situation.”

The NPA amicus brief states “where courts ignore the ‘totality’ perspective patent injustice ensues. The underlying case is a perfect example. Here, the Second Circuit, like the District Court before it, failed to comprehend several observational facts as undisputed when they clearly were. Namely, that Mr. Scism, the Decedent, defied Petitioner’s directive to go to the ground and placed his hand on a semi-automatic handgun in his waistband in view of Petitioner mere seconds before Petitioner fired his own gun.”

The 2nd Federal Circuit Court describes the facts of the case as “disputed” but took no consideration of the complexity of human responses to multiple sensory inputs in a life-threatening situation. While police officers can be trained, they cannot do what the brain and body cannot do. The science in this arena is indisputable.

The NPA brief maintains not only that the threat faced by Ferris was real, “but that it is also well-established that when under significant mental stressors, a person’s complex cognitive functions, like conducting verbal communication or processing the arrangement of persons in a set space, tend to falter.” This does not mean that the officer failed in all of his perceptions and behavior, but that the brain, when assaulted by threats, multiple sensory inputs, and unique circumstances, must necessarily divide attention and becomes less efficient.

The brief also points out that an officer’s decision-making also includes “the reality that many citizens with whom law enforcement interact are suffering from a mental health disorder, under the influence of a mind-altering substance, or both. An officer approaching a reportedly armed suspect must attempt to communicate with the suspect while simultaneously visually scanning for the presence of weapons, considering other threats within the environment (e.g., other potential suspects, nearby civilians who could be in danger), evaluating the suspect’s potential escape routes, potentially coordinating movements with a partner, maintaining radio communication, and considering the nature of the suspect in question (e.g., the suspect’s mental state, or if the individual is, in fact, the actual suspect). These extreme cognitive demands must also be done while the officer is likely to be highly emotionally aroused. In this context of demanding cognitive engagement and emotional arousal, the police officer will be required to make a split-second decision not only to potentially discharge their firearm but also to do so accurately.”

The brief urges the justices to affirm that QI should have been afforded Detective Ferris without further proceedings by properly examining the reasonableness of his actions under the totality of the circumstances according to the law and science.

The case is Brett Ferris v. the Estate of Joshua Scism, No. 21-2622 before the United States Supreme Court. The NPA’s amicus brief can be read here: https://nationalpolice.org/main/wp-content/uploads/2022/06/National-Police-Association-Amicus-Brief-Brett-Ferris-v-Chrystal-Scism.pdf