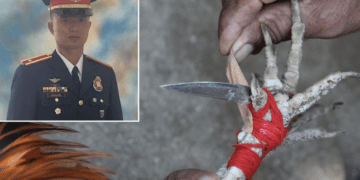 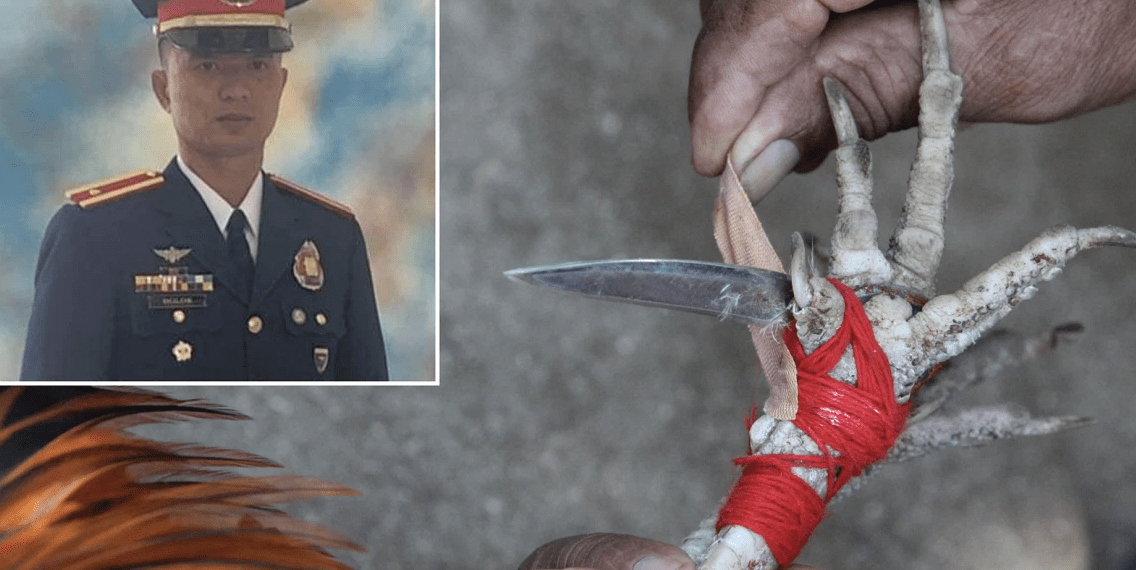 Philippine police Lt. Christian Bolok was killed by a rooster armed with a metal blade while attempting to break up an illegal cockfight. (Northern Samar Police Provincial)

PHILIPPINES — A police chief in the Philippines was killed by a rooster in a freak accident during a raid to break up an illegal cockfight — when the fighting bird’s blade cut open an artery in his leg, officials said Wednesday.

“He was trying to confiscate the roosters but the problem was the rooster’s blade may have been laced with poison,” Ongchuan told the Associated Press.

Police tried to slow the blood loss by tying a cloth tightly around Bolok’s leg, he added, but they may have applied it in the wrong spot.

Three farmers who had been taking part in the illegal fight were arrested and three others were being sought, New York Post reported.

Authorities seized seven roosters, a pair of gaffs and 550 pesos — about $10 — in cash, officials said.

Police in the region have been cracking down on cockfights as they’ve been blamed for the spread of coronavirus.

“We grieve with our provincial police in the loss of such a committed and selfless officer whose enforcement of our community quarantine regulations has cost him his life,” Ongchuan, who provided financial help to Bolok’s family, said in a statement.

“I have a heavy heart as we have lost a brother who sacrificed his own life in the name of service,” Apud said in a statement. “The (Philippine National Police) grieves the untimely death of Lt. Bolok and extends its deepest sympathy to his family and relatives.”

He told Agence France-Presse: “I could not believe it when it was first reported to me. This is the first time in my 25 years as a policeman that I lost a man due to a fighting cock’s spur.”

Cockfights — known as “tupada” — are popular gambling activities in many parts of the Philippines, the Post reported.

Some are licensed but many are illegal — though all such events are now banned as part of efforts to fight the coronavirus.

Law Officer is the only major law enforcement publication and website owned and operated by law enforcement. This unique facet makes Law Officer much more than just a publishing company but is a true advocate for the profession.
Tags: Christian BolokcockfightingEdwin Ongchuanphilippines