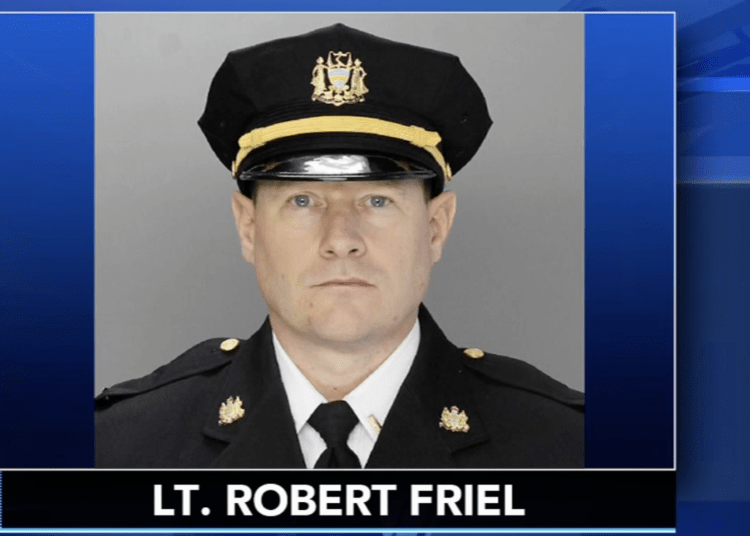 PHILADELPHIA — A Philadelphia lieutenant who had just left work was shot in the leg during an altercation at a CVS Pharmacy involving a man reported missing hours earlier. The contentious individual was reportedly suicidal.

Lieutenant Robert Friel of the 3rd District underwent surgery at Jefferson University Hospital. He is expected to be all right, authorities said Friday.

According to the caller, the man had two handguns and a high-powered assault rifle. Moreover, the caller said the man was also under the influence of drugs and driving a gray Acura.

Outlaw said, at 6:45 a.m. Friday, a 3rd District officer noticed the vehicle near the CVS store on the 1400 block of South 10th Street near Passyunk Avenue.

The officer also saw the man who had been reported missing.

At the same time, the off-duty lieutenant saw the officer encountering the man, reported WPVI.

“All persons entered the CVS and a struggled ensued,” Outlaw said.

During the struggle, the man fired a weapon and struck Friel in the left leg.

Furthermore, Outlaw said the man gained possession of the officer’s service weapon and fired one shot, which hit the floor.

The man was eventually subdued and placed into custody without further incident. 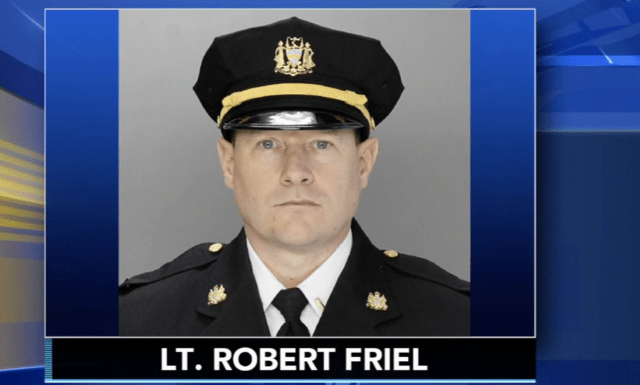 Investigators and SWAT units arrived on the scene and focused their attention on the store and the Acura.

Friel, a 28-year veteran of the police department, was taken by police to Jefferson University Hospital. The 48-year-old husband and father of three is in good spirits, authorities said.

No other injuries were reported. No charges have been filed, but the incident remains under investigation.

Lt. Robert Friel’s brother Joseph was killed in the line of duty in the 1990s when he was struck by a drunk driver in Roxborough, Outlaw said.

The lieutenant is being widely saluted for his bravery, including from Mayor Kenney, for responding to this incident despite being just officially off duty, CBS Philly reported.

“You’re leaving work and off duty you could drive home and he didn’t do that. He stepped into harm’s way. He ended up being wounded but thankfully he’ll be OK,” Kenney said. “I just want to wish his family the best and thank all of our officers for their dedicated service to keeping us safe.”