The deer wasn't in the headlights, it was in the trunk 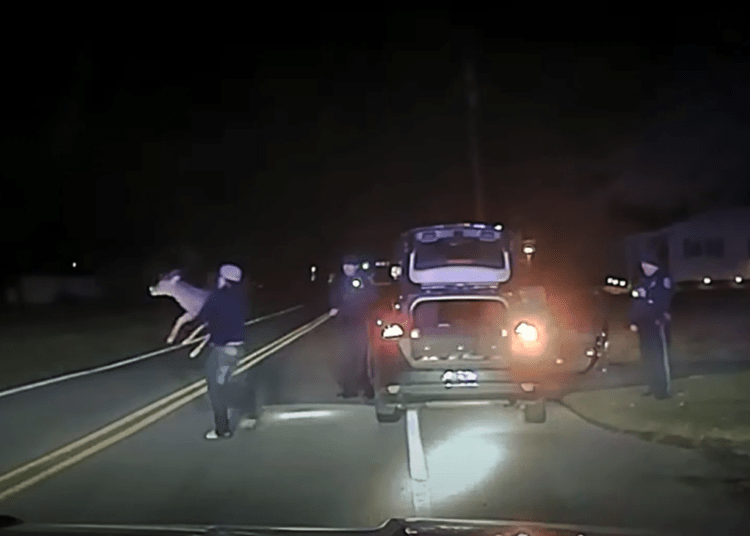 The officers asked the passenger to release the deer back into the wild. (Newberry Township Police Department )

NEWBERRY TOWNSHIP, Pa. — Pennsylvania police were a bit surprised Thursday night when they discovered a live deer inside the trunk of a driver’s car during a DUI investigation.

Officers of the Newberry Township Police Department made a traffic stop and were conducting a DUI investigation when they learned that a live deer was being transported in the trunk of the vehicle, Fox News reported.

The unnamed driver, 19, said she hit the deer with her car. The woman and her passenger thought it was dead so they placed it in the trunk.

However, they later realized the deer was still alive but kept driving despite the circumstances.

The officer had the 21-year-old male passenger release the deer. It was unclear what injuries it sustained after being hit, although it seemed to have plenty of spunk when released.

The bizarre episode was captured on police dashcam video.

The driver was arrested on suspicion of operating a motor vehicle while under the influence of alcohol or drugs, according to Fox.

Meanwhile, in an unrelated incident, a mother in Houston is charged with child endangerment after transporting her 13-year-old son in the trunk of her car because he had COVID-19 and she wanted to distance herself from him. … Read more.