Mikel Rubino was a member of the 82nd Airborne Division 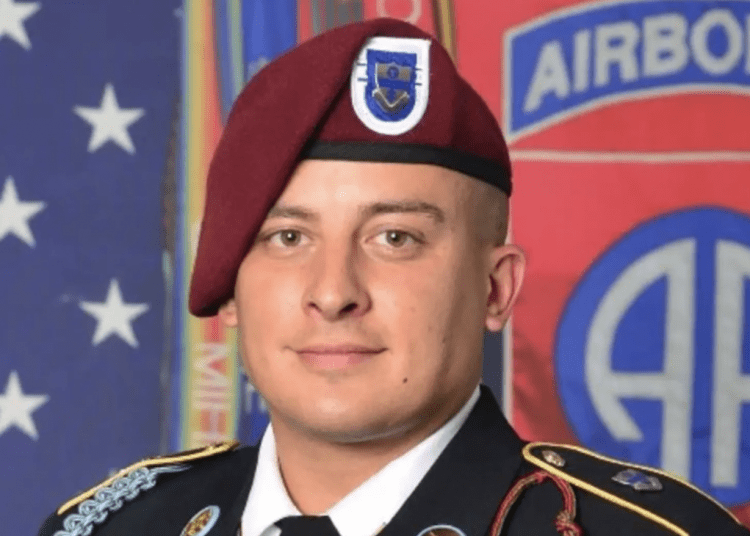 A death investigation is underway after Mikel Rubino, 29, a Fort Bragg paratrooper was found unresponsive in his barracks on Friday. (Fort Bragg)

FORT BRAGG, N.C. — A death investigation is underway after Pfc. Mikel Rubino, who was a paratrooper assigned to the 82nd Airborne Division at Fort Bragg, was found unresponsive in his barracks on Friday, according to reports.

Rubino, 29, was declared dead when medical personnel arrived, the 82nd Airborne said in a press statement released Saturday, according to FOX 8 in North Carolina.

The paratrooper is from Oroville, California. He enlisted in 2020 and arrived at Fort Bragg earlier this year, the Army Times reported.

Authorities have not released a cause of death thus far in the ongoing investigation.

“The loss of Mikel to his family, friends and fellow Paratroopers is a tragedy,” Col. Phillip J. Kiniery III, commander of the 2nd Brigade Combat Team, said. “We mourn Mikel’s passing alongside his family. Our thoughts and prayers are with them all during this difficult time.”

Rubino received the National Defense Service Medal, Army Service Ribbon and the Parachutist Badge during his short tenure in the U.S. Army, the Times reported.

He is survived by his wife Alyssa, his daughter Legacy, and his mother Sheila, according to the Army.