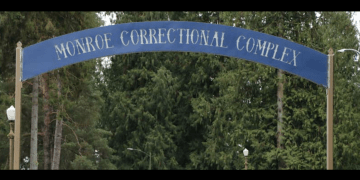 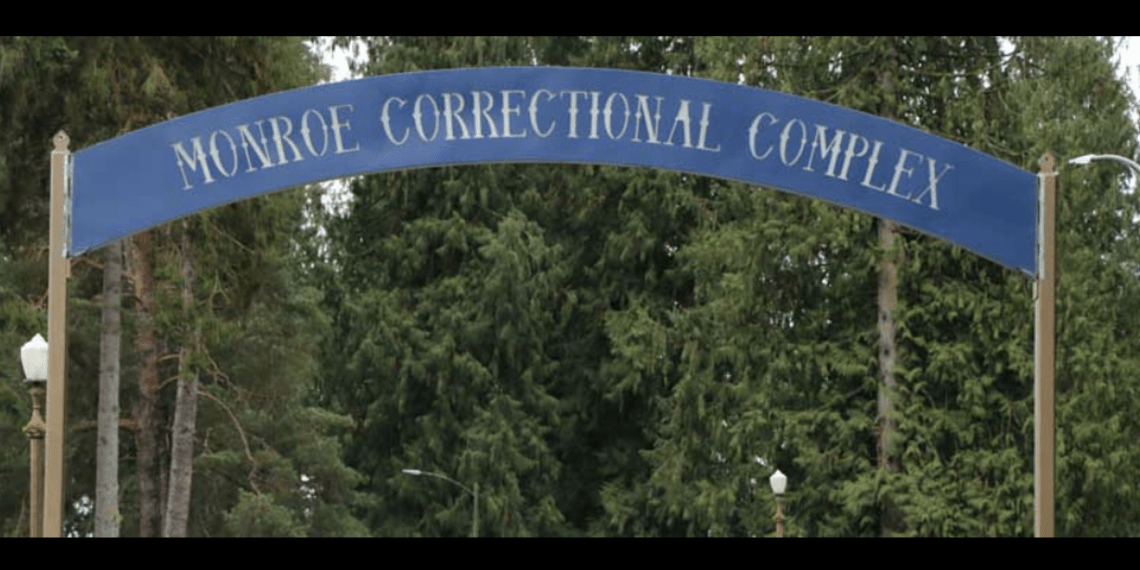 MONROE, Wash. — Over 100 inmates created havoc Wednesday at the Monroe Correctional Complex, sparked by confirmed reports of a COVID-19 outbreak in a low-security wing of the prison.

Inmates set off fire extinguishers in two sections of the minimum security unit around 6 p.m., “providing an appearance of smoke from the exterior,” according to a press release sent out hours later by the state Department of Corrections.

About half of the men in the unit complied with order to stop, according to the state prison agency. An emergency response team used pepper spray and sting balls, which release light, noise and rubber pellets, wrote DOC spokeswoman Susan Biller, HeraldNet reported.

“Because there were men who continue to ignore the directives, sting balls were then discharged into the area,” Biller wrote. “The individuals then stopped the destruction of the two housing units and came into compliance.”

Debbie Willis, spokeswoman for the Monroe Police Department, said at least eight city officers responded around 6:15 p.m., to help set up a perimeter with the Snohomish County Sheriff’s Office and the state patrol.

“It seems to be under control at this time,” Willis said at 8:45 p.m. ”Our message is there’s no threat to our residents.”

Both housing units were fully evacuated. There were no injuries reported from the event. Prison officials plan to conduct an internal inquiry.

On Wednesday evening, department officials had confirmed six inmates in a minimum security unit at the prison had tested positive for COVID-19. There are at least 11 other inmates in the facility in isolation, being monitored by medical personnel. Monroe is the only state prison with confirmed coronavirus cases of inmates.

About 450 inmates are held in minimum security in Monroe, reported HeraldNet.

As of late Wednesday, the state Washington Department of Corrections had 13 confirmed cases of staff and one contractor staff with COVID-19. That includes five employees at Monroe. In every case, the worker has self-reported their illness to the department.

“The Department of Corrections continues to work at protecting medically vulnerable incarcerated individuals,” Biller wrote. “All individuals in the housing unit where the first positive individuals were previously housed continue to have no symptoms of illness or disease (asymptomatic) and are wearing surgical masks for further protection.”

“No one here wants violence, NO ONE, but at the same time you’ve got 400+ caged animals, if you will, who are now being backed into corners,” Inmate Josh Vermaat wrote to a friend, KUOW reported. “We just want the best outcome for ourselves and even the staff, that is the truth.”