He's a 'prolific offender' who 'should've been in prison', sheriff says 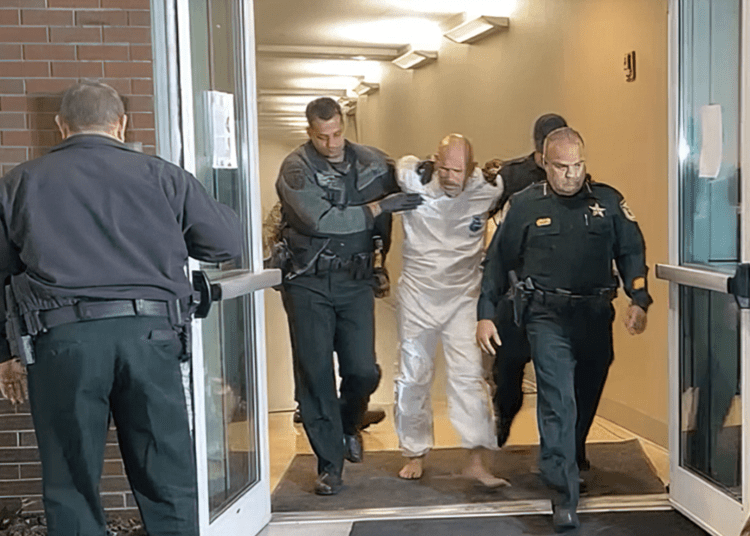 OSCEOLA COUNTY, Fla. — A career criminal described as a “prolific offender” and an “animal” was arrested Tuesday. He is accused of raping an 18-year-old female who was delivering pizza over the weekend, authorities said.

Osvaldo Figueroa, 55, “sexually battered [the teen victim] in an elevator” on Sunday at an apartment complex, according to Osceola County Sheriff Marco Lopez.

Figueroa was located in Lake County. The U.S. Marshals assisted with the arrest. He was booked on one count of sexual battery, Lopez said.

The sheriff told reporters during a Tuesday night press conference that Figueroa has more than 70 arrests along with multiple convictions when he allegedly committed his latest offense.

As Lopez provided details of the arrest during the briefing, he told reporters that the teen who was delivering pizzas “was confronted by this animal. There’s no other way to put it.”

The sheriff emphasized that the criminal justice system failed the young woman who was raped, Fox News reported.

“This guy should’ve been in prison, today,” the sheriff said. “Not sure what’s wrong with the system but it needs to change.”

The Osceola County Sheriff’s Office livestreamed deputies escorting Figueroa from the department’s headquarters to a patrol car. Figueroa denied raping the teen and became agitated with journalists and cameras recording the “perp walk.”

“I did not rape nobody,” Figueroa can be heard telling reporters before delivering a profanity-filled rant.

Lopez said the victim is doing “fine” and she’s been advised of the arrest, Fox reported.

“She’s grateful and happy that we found him very quickly and arrested him,” the sheriff said.

Although Lopez did not provided specific details related to the investigation, he confirmed the department has video evidence.