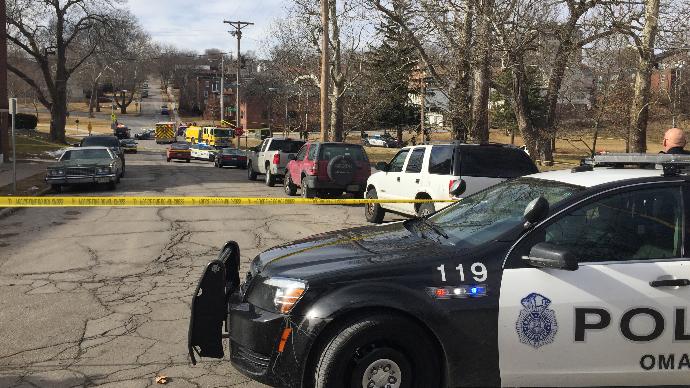 Officers responded at 1:09 pm to the report of a suspicious person looking into windows. Officers arrived and found the man, who was armed with a handgun.

The suspect fired at officers, striking one in the ankle.  Officers returned fire, hitting the suspect.

Both the officer and suspect were taken to the Nebraska Medical Center.  Their status has not been released.