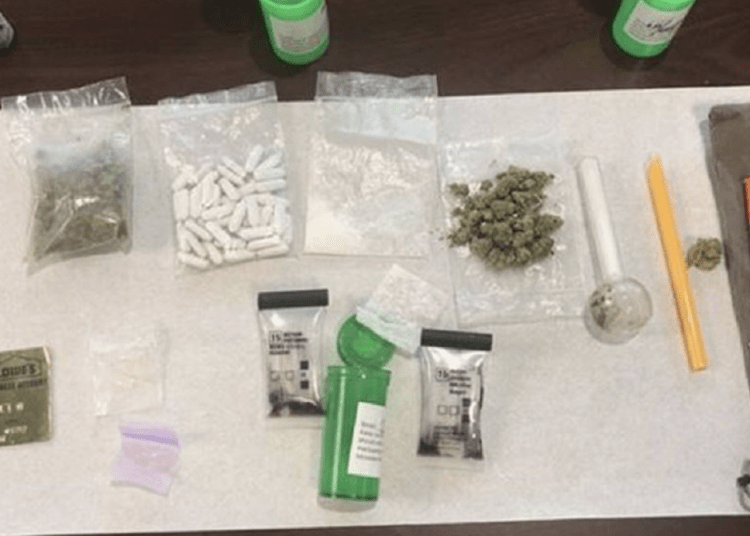 A police officer in Oklahoma was administered an opioid overdose drug last week after he was exposed to fentanyl following a drug bust. Two people were arrested in connection with the drugs. (Bartlesville Police Department)

BARTLESVILLE, Okla. – An officer with the Bartlesville Police Department was given a potentially life-saving dose of Narcan after he fell to the floor while processing evidence, which included fentanyl late last week.

According to Fox 23, the officer was reportedly booking evidence, which included a number of illegal narcotics found during a traffic stop, when he became unresponsive on Friday. The name of the officer was not released.

The officer was able to tell partners nearby that he was not feeling well and then fell over and briefly became unresponsive, Bartlesville police said.

“He had become ill, lightheaded, basically passed out and fell over,” Sgt. Jim Waring said, according to Fox News. “That was the first time we’ve had to use Narcan on one of our own,”

The officer was transported to Jane Phillips Hospital where he received seven more dosages of Narcan.

Doctors told Bartlesville police the officer had come in contact with methamphetamine that was laced with fentanyl.

Bartlesville police said Saturday the officer who was exposed is doing well. A second police officer also had some fentanyl exposure, but not as severe.