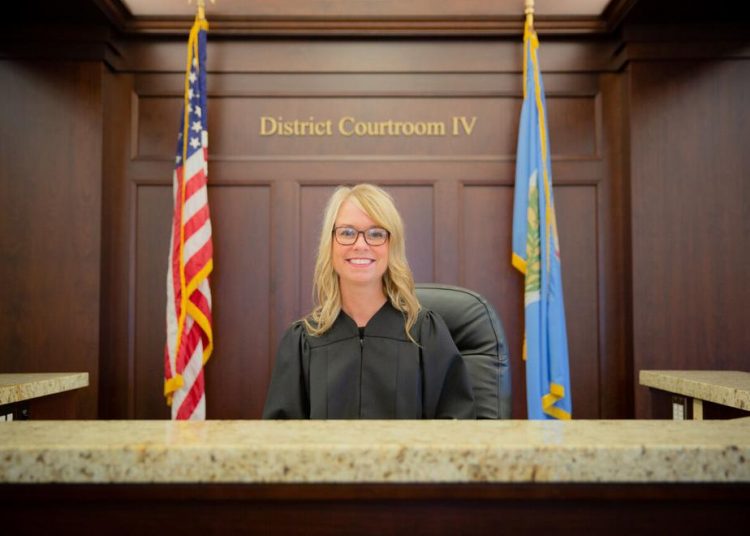 Claremore, Oklahoma – An Oklahoma judge—who raised concerns in 2019 when she gave a repeat DUI offender probation rather than jail time—was arrested on Sunday for DUI. News 9 reported Rogers County Judge Kassie McCoy ran off the road several times before finally stopping in a parking lot.

A Claremore police officer found Judge McCoy behind the wheel with her head slumped toward her chest. After admitting to drinking a full bottle of champagne, she was arrested on suspicion of driving under the influence of alcohol. A breathalyzer test revealed a blood alcohol content of .35—more than four times the legal limit.

McCoy drew criticism in 2019 when she gave Stephen Knoy probation after he was arrested for driving 115 miles an hour and having a blood alcohol of nearly twice the legal limit. It was Knoy’s seventh DUI.

Following her arrest, Judge McCoy issued a statement on her Facebook page:

“As most of you know already, and for those of you who don’t, yesterday I found myself in a compromising position after making a series of bad decisions. I would like to formally and personally apologize to the citizens in Rogers County for my actions, especially those who have put so much support and faith in me. It is with a heavy heart that I admit I have battled with an alcohol dependency issue for several years and was, quite honestly, to afraid to ask for help. This is in no way an no excuse for the events of yesterday. I am embarrassed both personally and professionally and realize the responsible thing to do is seek professional residential help and I will be doing so immediately. Unfortunately, substance dependency is something that effects many of us, perhaps not personally, but within our family and friends. I ask that during this time of growth that you keep me in your thoughts and prayers. In the meantime, I will make no further statements.”