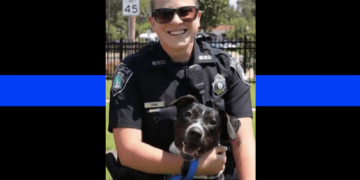 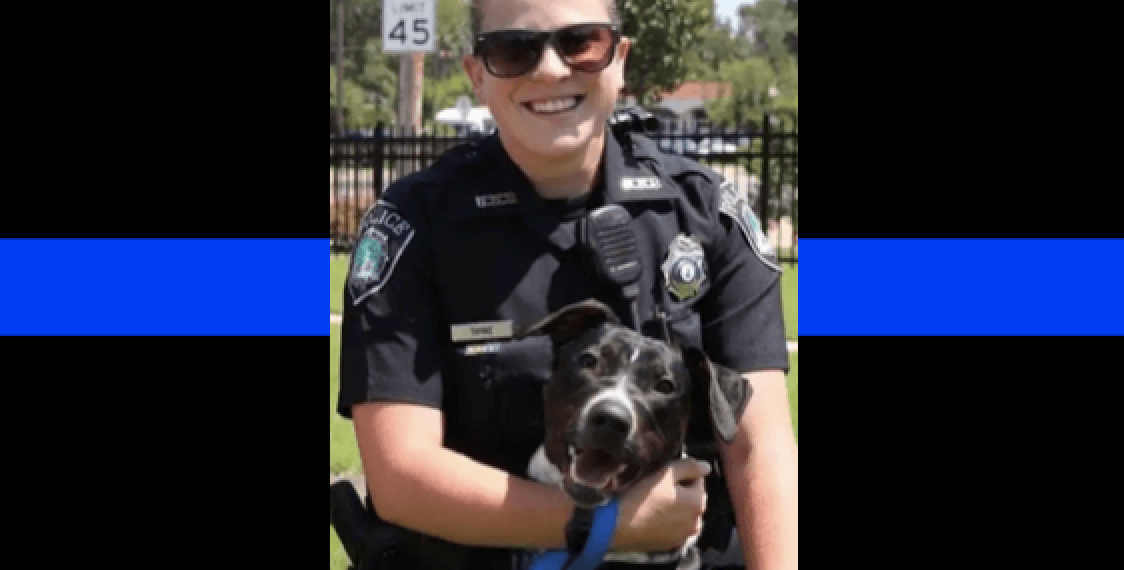 He said Officer Thyne, 24, joined the Newport News Police Department in 2018 and was assigned to the South Precinct. She leaves behind her mother and stepfather, a brother, her two-year-old daughter and a loving partner.

“If you ever saw her, all she did was smile. You almost started to laugh because she was always smiling.”

Prior to entering law enforcement, Thyne served in the Navy. She enlisted in 2013 and was currently a reservist.

“Our hearts go out to the family, friends, and shipmates of Katherine Thyne,” the Commander of Navy Reserve Forces Command told WAVY.com. “A logistics specialist in the United States Navy Reserve, she was assigned to Navy Operational Support Center Norfolk. As a Sailor who served her country in more ways than one, we are deeply saddened by her loss.”

Chief Drew was emotional as he talked about moving forward from this tragedy. He thanked the department chaplains who responded to the hospital where Officer Thyne was taken Thursday night.

“There is a lot of healing that needs to take place. There is no timetable for that,” said Chief Drew.

The chief provided additional details on what unfolded on 16th Street. He said there was a report of drug activity in that area, near Monitor-Merrimac Overlook Park. Two officers, including Officer Thyne, responded around 6:45 p.m.

They arrived separately, reported WAVY.  They approached a vehicle because of a strong odor of drugs and removed the passenger. Once the passenger was out of the vehicle, he said both officers went to address the driver.

Suddenly, Chief Drew said the driver accelerated away while the passenger door remained open. As a result, Officer Thyne was unable to get out of the way. Consequently, she was dragged for about a block. The driver crashed into a tree a short distance away, pinning Officer Thyne.

The officer was transported to Sentara Norfolk General. However, she quickly succumbed to her injuries.

The driver ran from the scene after the crash, but was apprehended after a short foot pursuit. Chief Drew identified the driver as Vernon Green II. Currently, he is facing charges of felony homicide, felony evade and elude and possession of narcotics.

Ivy Runnels, the front seat passenger in the vehicle with Green, was arrested on a drug charge. 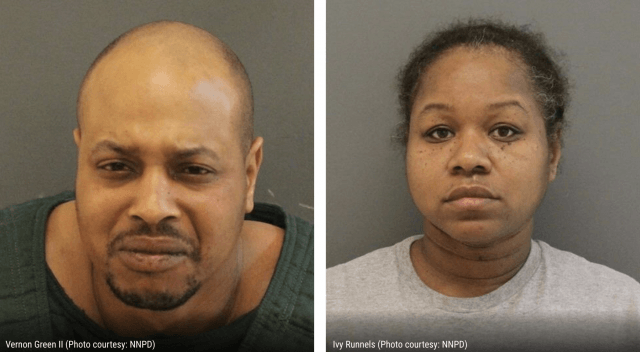 According to the Newport News Police Fallen Officers page, Thursday is the first line of duty death in Newport News since Officer Larry Douglas Bland died May 13, 1994 — almost 26 years ago.

A Virginia police officer from Newport News died Thursday night after being dragged during a traffic stop, according to a press release from the department.

The officer conducted a traffic stop of a vehicle around 6:47 p.m. in the 1400 block of 16th Street. Police did not provide the reason for the detention.

During the encounter, the driver accelerated his vehicle, dragging the officer, according to the release. The driver tried to flee but crashed in the area of 16th Street and Walnut Avenue, the release said.

The officer suffered multiple injuries and was taken to a local hospital where she died, WAVY reported.

The driver has not been identified, but police said he is in custody, according to 13News.

Law enforcement agencies across Virginia, and local and state officials have been sending messages of condolences to the Newport News Police Department.

Our thoughts and prayers are with our brothers and sisters in blue at the Newport News Police Department and with the family and friends of their fallen Officer. #ThinBlueLine pic.twitter.com/K8hKfxBpij

Our thoughts and prayers are with our Newport News Police family tonight as we mourn the devastating loss of one of our own. pic.twitter.com/ZGOhm0ZyeX

We are deeply saddened to learn of the passing of a Newport News Police Officer who was tragically killed in the line of duty tonight. We send our heartfelt condolences to the family and friends of the brave officer and the men and women of the Newport News Police Department. pic.twitter.com/5sKTjau7wj

A news conference is scheduled for later Friday morning at police headquarters. Police said additional information will be provided at that time.