Officer Down: The Aftermath 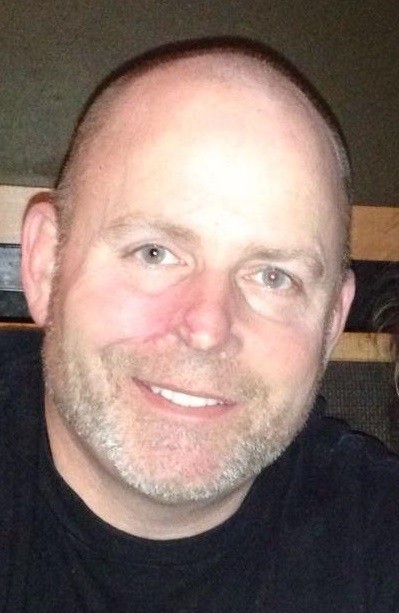 Editor’s Note:  We encourage you to read Part 1 of this story here.

The Marshall Services had lost a lot of officers in 2014, it seemed the odds were stacked against them; eventually Jeff and Steve would be involved in an Officer Down situation. Because one subject decided he’d rather kill people than be served a warrant, they were peppered with gunshots before they could make it to the front door. Jeff was about 50 feet away from Steve when the shots began, he was looking directly at Steve when his face shattered from the bullet and blood “ran out like a kitchen faucet”.

Jeff’s training taught him to neutralize the subject immediately, he was able to come up from behind; but not before the subject was felled by bullets from other officers. For what seemed an eternity, Jeff was unable to reach Steve because there was a SWAT team and flying bullets between them. When he made it to Steve’s side, Steve was alert and conscious. Jeff’s training taught him that after a shooting, this was a good sign, despite the large amounts of blood.

Although Jeff’s training was telling him one thing, Steve’s behavior was telling him another. Steve began handing Jeff his personal belongings and providing Jeff with the words Steve wanted his family to hear if he didn’t make it. Jeff suddenly realized that his training taught him what to do if he were hit, not what to do when he was the officer left standing. Jeff had always pictured himself as being injured, not the other way around. How would he keep the pieces together?

While Steve was life-flighted to a Trauma Center, other officers were picking up Steve’s wife, Tanya, letting her know that Steve had been shot. Jeff was left to drive to the Trauma Center alone. His mind was working overtime wondering how he would deal with the aftermath. He was so traumatized, he doesn’t remember much of the discussions he had or the comfort he received. He does remember the nurse handing him Steve’s wedding ring and belongings before Tanya arrived so he could give them to her.

When Tanya arrived, Jeff felt like he had been lying too much already – assuring Steve that he didn’t look that bad and he was sure Steve would be just fine. He then had to look Tanya in the eye and prepare her for what she was about to see, without lying. While dealing with his own shock and sadness, Jeff was constantly shifting positions so no one else would see the hole in Steve’s face; he was already trying to protect Steve and his family. Neither one of them had been prepared for this, both of them were wondering what was next.

Though Steve recovered, there are parts of all of them that never have, and never will. The uniform, the badge and the vest are disposable, that doesn’t mean the same for the men and women that wear them. Or their families and loved ones. Behind every badge is a living breathing being, behind them still are more beings. Even tiny beings that expect their parents to pick them up when they fall. They are not just collateral damage for crime, they are the front line of protection. They know that; you should, too. Recovering from a shooting is never easy; recovering from a shooting and going back out to do what provoked the shooting is another story.

Here’s the problem as I see it, everyone sees the flashing lights, the gun and the badge. Everyone reads the news. It’s all a flash in the pan and tomorrow is a new day, a new incident to question. For you and the press, perhaps. Not for the officers. Not for their wives, children, brothers, sisters, mothers and friends. It’s never over. Every time they watch the news, read a paper or listen to the radio. Their perceived shortcomings are reinforced; even worse, their trauma is relived.

When a police officer is injured or killed, every officer and their family walks a little slower, holds a heavier burden. It’s another kink in the armor. It’s one less chance they will be today’s casualty but one more chance they will be tomorrow’s. For those that were close to the incident, they carry the burden of the survivor. That is Jeff’s burden now.

He was told it was a good night, they all got to go home. Did they? Not right away, not intact and certainly not the same men. It wasn’t a good night. Someone was shot. Something went wrong. If nothing else, something could be learned to prevent this from happening again.

When Jeff returned to work a week later, the desk across from him sat empty. Steve’s mug was no longer staring back at him the way it had for years. It was a constant, painful reminder. Had Steve not survived, Jeff would have handed in his badge. The burden would have been too heavy.

They say that it is more painful to see people you love in pain than it is to be in pain. For Jeff, this was the die in which he was cast. Jeff was angry that day, angry that he didn’t kill the shooter who nearly killed his friend. Angry that his friend was shot, it felt personal, why would someone shoot Steve? He was angry knowing that his family was disrupted forever. They were no longer safe, someone would have to tell their wives and kids. They were targets today. They probably will be again. Jeff can’t take that burden away from his family. They carry it now with him. Nothing could prepare them for that.

We all hear the term “aftermath”, but what does it really mean? For people like Jeff, it means that there are few who understand the world you now live in. You will draw closer to men and women who have been involved in a shooting, you will wonder if you can do it again. You will compartmentalize and you will come out on the other side. You will also wonder how your experience can help others, how can you prepare someone for a shooting or worse, a death. In Jeff’s case, a teaching opportunity was presented and he took it.

Not because he can’t carry a gun and serve warrants anymore, he can and he did. He had an opportunity to help other officers stay safe and cope, it was the right time. Jeff took a position teaching and is using his experience to help fellow officers. Perhaps it’s a bit of therapy as well, knowing that he saved someone’s life may help ease the trauma of seeing Steve nearly die.

I keep saying “trauma”, there was plenty of PTSI to go around. Remember when I said Jeff had to drive to the Trauma Center alone while Steve was being life flighted? Imagine driving in your car alone, hitting some traffic and panicking, feeling an anxiety attack coming on. Why? Because your subconscious is replaying that car trip in your head without you even knowing it. Small things like that are a reminder of that day. Nightmares. Trouble sleeping. All of it. Policemen are not immune. Remember when I told you they are human? Still holds. You can turn off the news and assume they get up the next morning unscathed. They don’t.

Share and speak up for justice, law & order...
Tags: exclusivefamiklyFamilytactics