A Texas Trooper has died after a “tragic accident” occurred while conducting “tactical operations” near the United States and Mexico border on Friday. According to a press release, Texas Department of Public Safety Special Agent Anthony Salas, 37, “was involved in a tragic accident near Eagle Pass” and passed away on Saturday.

Salas was part of a Texas Department of Public Safety Special Operations Group which was working with the U.S. Border Patrol when the incident occurred at around 7:30 p.m. on Friday. 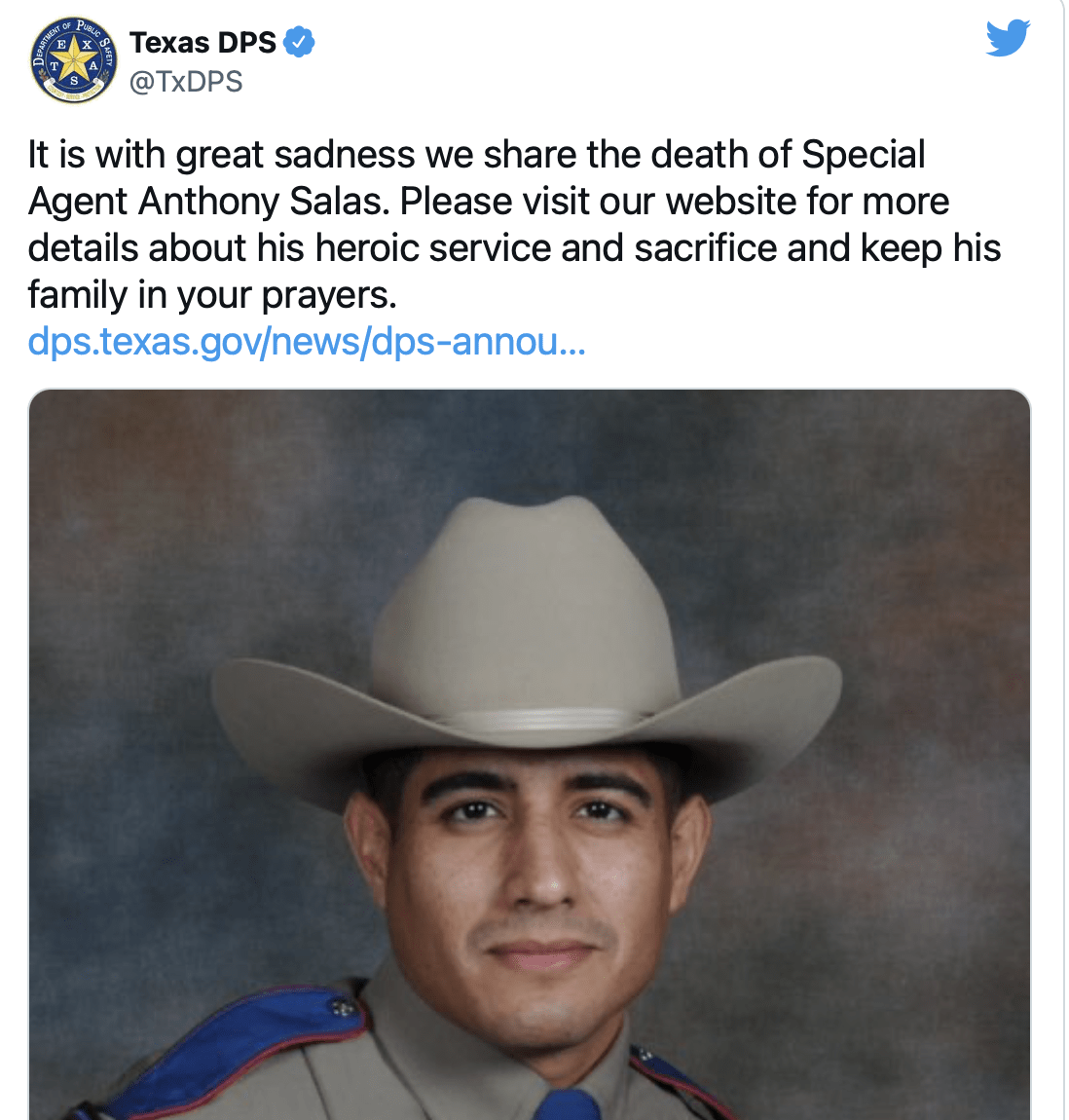 Salas was transported to Fort Duncan Regional Medical Center, where he was then airlifted to University hospital in San Antonio.

Salas passed away shortly after 11 a.m. on Saturday surrounded by family, according to the press release.

Salas joined the Texas Department of Public Safety in 2013 and was stationed in El Paso.

He was a Texas Highway Patrol trooper before being promoted to a special agent for the Texas Department of Safety Criminal Investigations Division.