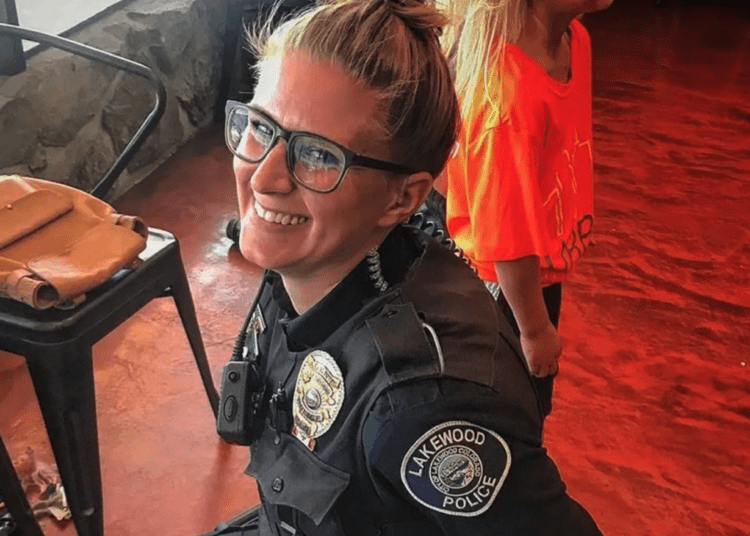 LAKEWOOD, Colo. — A Colorado gunman is responsible for killing four people and injuring three others, including a police officer of the Lakewood Police Department earlier this week. The shooting spree occurred at multiple locations in Denver and the suburb city of Lakewood, Law Officer reported.

Lakewood Police Agent Ashley Ferris was severely injured in the shooting, yet she’s been credited for her bravery after confronting and fatally shooting the killer.

Ferris engaged Lyndon McLeod, 47, moments after he fatally shot a 28-year-old worker at a Hyatt in the Belmar district, according to Fox News.

“The suspect ignored her commands” and fired a shot into her abdomen, police said. Ferris managed to return fire. The suspect was struck and died at the scene.

Denver Police Chief Paul Pazen confirmed hat McLeod had been “on the radar of law enforcement” and had been investigated in 2020 and 2021, but no charges were ever filed and Pazen did not specify the nature of the investigations, Daily News reported.

Ferris underwent surgery for her gunshot wound Monday night. Fortunately, she is expected to make a full recovery.

“I can’t overemphasize enough the heroic actions of our Lakewood police agent,” a spokesman for Lakewood Police Department said during a news conference Tuesday. “In the face of being shot, in the face of danger, she was able to not only save others from this terrible tragedy but also neutralize the threat.”

“If not for the heroic efforts of Agent Ferris and other law enforcement, this incredibly violent tragedy could have been even worse,” a police statement said.

WATCH: Surveillance video from Monday’s crime spree shows the suspected shooter walking into a Lakewood tattoo shop with a gun.

Police say he killed someone inside.

10 seconds later, he walks out and hops in his car, appearing to turn into oncoming traffic on Kipling. @KDVR pic.twitter.com/eWwIFIYanO

McLeod knew most of the people he shot through business or personal relationships, police said. Four of the people who were shot were attacked at tattoo shops, Fox reported.

It’s been revealed that books written under a pen name seem to shed more light on McLeod’s mindset before the deadly shooting rampage, according to Daily News.

The second novel of the series features a hero named Lyndon McLeod who kills a young woman in a tattoo parlor. The fictional McLeod also bragged about meeting Unabomber Ted Kaczynski in prison.

“If there is no Unabomber there is no me,” Lyndon tells the reclusive killer in the book, according to 9News. “We seek the same thing but from opposite ends of the extreme.”

The books were heavily criticized by reviewers. They were all published between 2018 and 2020.