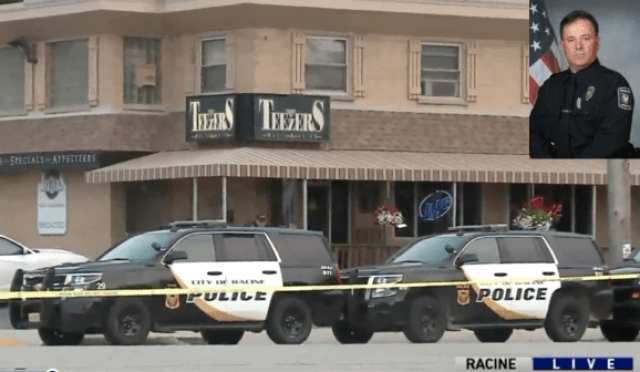 RACINE, Wis. — A search is underway for a gunman after an off-duty police officer was shot and killed at a bar in Racine.

Police said Officer John Hetland, who was off-duty, witnessed an armed robbery and while attempting to stop the suspect, was fatally shot.

The Racine Police Department is announcing his death as a “line of duty death” because he stepped into action, despite the fact that he was off-duty. Officer Hetland was a 24-year veteran of the department.

In a statement the police department said, “Officer Hetland was a trusted and highly respected member of the department, serving in various positions over the years, including an assignment as a field training officer, as well as a member of the Greater Racine FBI Gang Task Force.”

According to the report, Hetland leaves behind two children.

An investigation is underway. No one is in custody.

Anyone with information are urged to contact the Kenosha County Sheriff’s Department at (262) 656-1234.