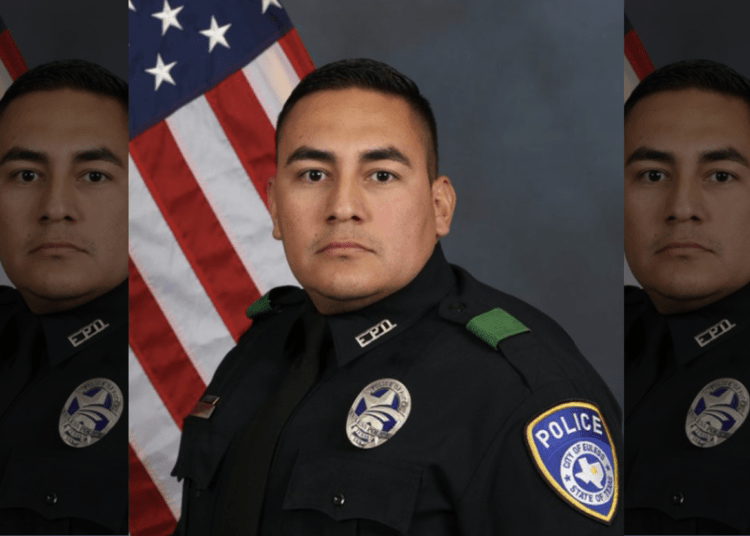 LAKE WORTH, Texas — An off-duty Texas police officer was killed and three family members received traumatic injuries Saturday in what is believed to be a DUI related collision in Tarrant County, according to reports.

Detective Alejandro “Alex” Cervantes of the Euless Police Department was identified as the officer who died in the crash, according to the Fort Worth Star-Telegram.

One adult is listed in critical condition at John Peter Smith Hospital and two minor children are being treated for serious injuries at Cook Children’s Medical Center, the news outlet reported.

The family was traveling in a Chevy Impala at Boat Club Road and Rocky Point Trail in Lake Worth about 3 p.m. when their car was struck by a Jeep Wrangler, Euless police said in a statement.

Dylan Molina, 26, of Lake Worth was identified as the driver of the Wrangler. According to police, he is expected to be charged with intoxication manslaughter and three counts of aggravated assault, Fox News reported.

According to witness statements, Molina’s vehicle allegedly blew through a red light, which led to the collision. Moreover, he attempted to run away after the crash, the Euless police statement said.

Molina had allegedly been drinking at an establishment called “Fuzzy’s” prior to the traffic fatality, reporter David Sentendrey said in a tweet.

NEW: The drunk driver was drinking at Fuzzy’s in Lake Worth and hit a vehicle while leaving, which led him to speed away. He was speeding and entering his neighborhood when he hit the off-duty cop’s car and killed him. We’re waiting for the suspect’s name to be released. @FOX4 pic.twitter.com/hV0pOAEavR

According to Sentendrev’s report, Molina was allegedly speeding while driving home when he struck the off-duty officer’s vehicle.

“Alex had served honorably with our police department for almost seven years and was a member of our police department Honor Guard Team. He had also previously served eight years with the El Paso Police Department,” the Euless Police Department said in a statement, according to the Star-Telegram. “Please keep Alex’s family, friends, colleagues and the Euless community in your thoughts and prayers during this extremely difficult time.”

The small town of Lake Worth is northwest of Fort Worth, while the City of Euless is about 20 miles west of downtown Dallas.

More information about the crash will be released after family members are notified, Lake Worth police Chief J.T. Manoushagian said.