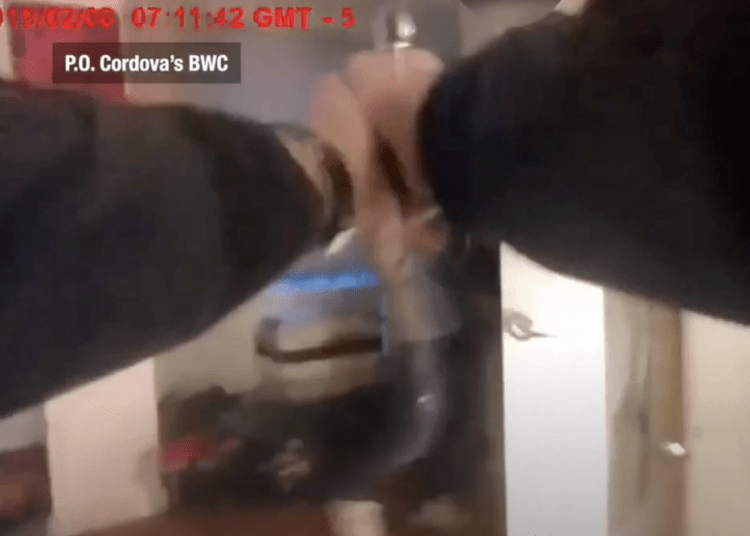 Officers Nelson Cordova and Jagdeep Singh went to 227 Cherry St. on the Lower East Side on Feb. 8, 2019, after a 911 caller reported that his husband, Joshua Rembert-Williams, had violated an order of protection and was threatening him, according to police, New York Post reported.

The caller told the 911 operator he was “trapped in the bathroom” around 9 a.m. because Rembert-Williams was attempting to assault him and threatening to kill him, according to a recording of the call released by NYPD.


Responding officers arrived 10 minutes later and spoke with the caller, who said Rembert-Williams was no longer there, the video shows.

However, Rembert-Williams exited a closet as Cordova checked the apartment. The officer frisked him and asked him to come out into the hallway, according to police.

While walking through the kitchen toward the apartment door, Rembert-Williams opened a kitchen drawer, removed a knife and ran toward the complainant with the weapon raised.

“I’m going to kill this bitch,” the video shows him yelling.

The man who called 911 was taken to the hospital and received treatment for a slash wound to his left shoulder, puncture to his temple and a stab to right shoulder, according to police.

The NYPD determined the use of force was justified.