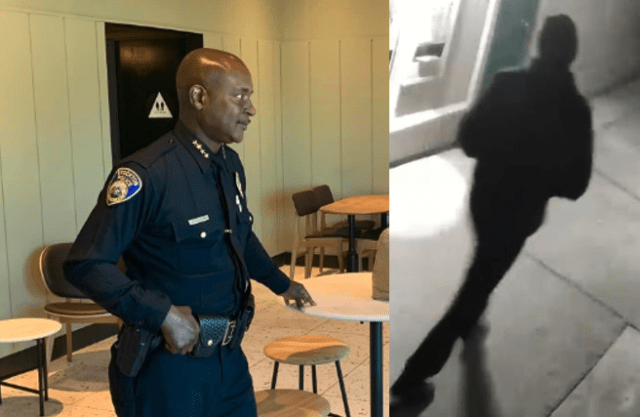 STOCKTON, Calif. – Law enforcement authorities in Northern California are searching for a likely serial killer as five men with no known connection were all murdered while walking alone in the evening or early morning in the city of Stockton.

Investigators are trying to find an unidentified “person of interest” who was captured on security footage from behind in a grainy, dark image, the New York Post reported.

The fatal gunshot homicides occurred between July 8 and September 27 in the city of 320,000 people, which is located 50 miles south of Sacramento. The victims’ — all males — range in age from 21 to 54. Four are Hispanic and one is white. 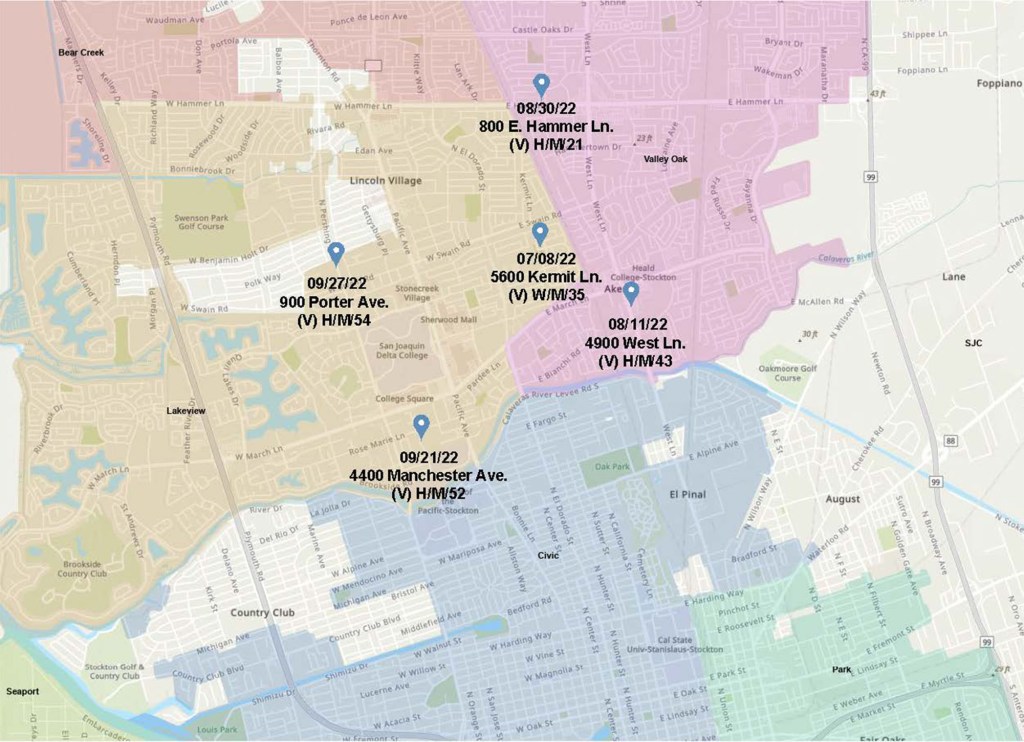 This map shows the dates and locations of five fatal shootings that occurred in Stockton between July 8 and Sept. 27. (Stockton Police Department)

The victims have been identified as Paul Yaw, 35, Salvador Dubedy Jr., 43, Lorenzo Lopez, 54, as well as the recently identified Juan Cruz and Jonathan Hernandez Rodriguez, according to the Post Millennial.

Of the recently identified victims, one is 21, the other is 52, police previously noted.

Chief Stanley McFadden of the Stockton Police Department said Saturday that “based on our investigation and the reports we are receiving” police think the murders are likely serial slayings.

Dubedy Jr. was shot and killed on August 11 while in a parking lot in the 4900 block of West Lane. He was married to Analydia Lopez. The couple had one daughter.

Paul Yaw was homeless at the time of his death. His mother, Greta Bogrow, said her son was “a great man with a big heart.”

Lorenzo Lopez was murdered September 27 about 2 a.m. in the 900 block of Porter Avenue. His brother, Jerry, said, “My mother and father were just heartbroken from this. That’s their first baby boy.”

Chief McFadden said in a Facebook message that he was committed to solving these homicides “utilizing all the resources at our disposal including YOU. We need YOUR help!!!!”

“If anyone has information regarding these investigations, call us immediately. Please remember our victims have grieving family members who need resolution. If you know something, say something,” he added.

Police have opened a tip line for anyone with information regarding the homicides. The number is 209-937-8167. You can also email your information to [email protected]