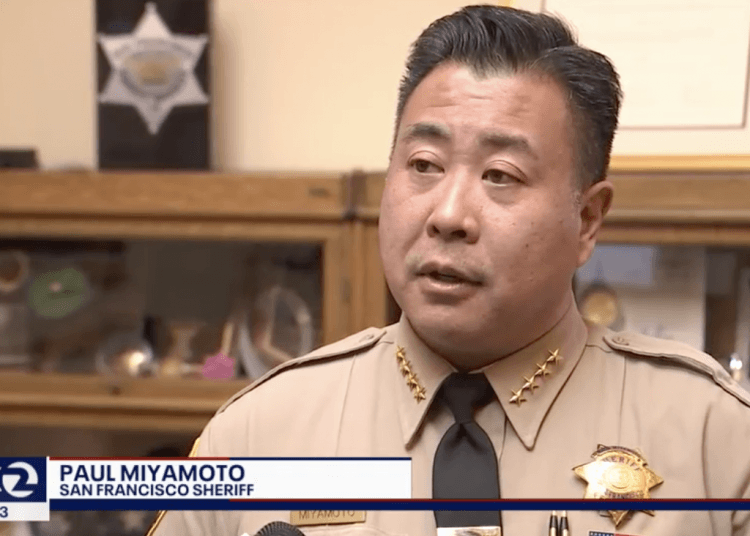 “Our department is not involved in immigration enforcement,” he told KTVU2. “We feel that it is a federal matter, and our realm of interest is public safety, and you can’t really have a safe community if the community members are afraid to come to us to report crimes.”

Moreover, he proudly commented that he is not aware of a time when they turned someone over to federal agents, and he’s not starting now.

The comments come as the Trump administration announced it was deploying members from its law enforcement tactical units serving on the southern border to sanctuary cities across the United States. The move is an escalation in the bitter battle between Trump and cities like San Francisco, Chicago and New York that have refused to work with federal immigration officials.

Lawrence Payne, a spokesman for Customs and Border Protection, confirmed that the agency was sending 100 officers to work with ICE, which conducts arrests in the U.S. “in order to enhance the integrity of the immigration system, protect public safety and strengthen our national security.”

Miyamoto and San Francisco Mayor London Breed do not believe they are obstructing the federal government. The mayor has a different view altogether.

“We’re being targeted on so many levels,” she added. “But, the fact is, we’re a strong city, we’re a resilient city and we will fight against those attacks and we will protect the people of this city.”

San Francisco became the 13th jurisdiction in the United States to prohibit cooperation with federal immigration officials. Since 1989, it’s become the epicenter of the sanctuary city movement, regularly provoking the ire of Trump and challenging his administration’s campaign against undocumented immigrants.

San Francisco has won three lawsuits against the government between 2017 and 2019 to protect local sanctuary laws, reported Fox News.

So while the streets turn into a sewer, the elitist leading the city remain obstinate.

City officials said they don’t know when an ICE raid could come, but they do not expect to get a head’s up as in previous years.

In 2018, Oakland Mayor Libby Schaaf undermined ICE by publicly tipping off the immigrant community regarding efforts to find illegal aliens residing in the city. Her underhanded methods were appalling to the Justice Department, although she never suffered consequences for her actions.