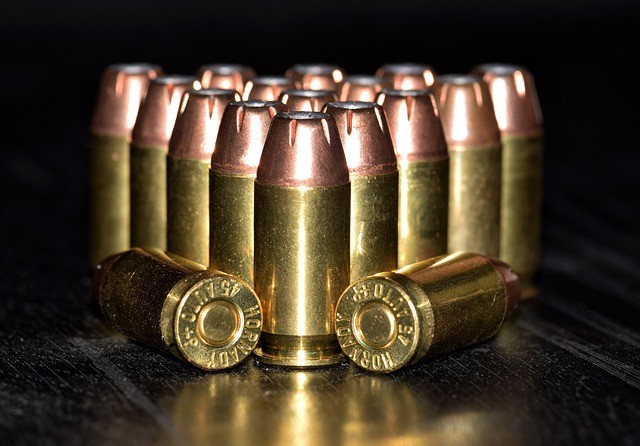 I am an honorably retired California cop, with 30 years of service credit, who relocated to Texas nearly seven years ago. Now, due to a new law, I cannot buy ammunition in my home state.

This is no joke; allow me to explain my findings.

While perusing through news articles recently, I learned that Proposition 63 prohibits the sale of ammunition to out of state residents. I.e. Me! (California voters passed this law in 2016, but the second part of the legislation took effect July 1, 2019.)

As someone who grew up in Anaheim, near Disneyland and Angel Stadium, attended California State University Fullerton, and graduated from the Golden West Police Academy in Huntington Beach, I still identify as a Californian—regardless of the bizarre politics occurring in the state.

Moreover, I never lost my residency status while serving in the military many decades ago, so my mind has not completely shifted to the fact that I’m no longer a state resident.

Furthermore, I possess a law enforcement retiree identification card from my agency in Orange County, Calif. while I complete the range qualification in Texas. Therefore, I am authorized to carry a concealed firearm, even in the liberal bastion that is my beloved home state. As a result, there must be an exemption to this law, right?

This is the part of Prop 63, reported the Sacramento Bee, that caught my attention:

Under the new gun control law, ammunition dealers must check the buyer’s ID information against data in the state’s Automated Firearms System; the check is designed to quickly return information on whether the buyer has any restrictions against making such a purchase, such as a felony conviction.

The law also prohibits the sale of ammunition to non-California residents.

BOOM! That is me; a non-California resident.

Regardless of my standing as an honorably retired California cop, my current residence is in Texas and my driver’s license bears the seal of the Lone Star State. So while I can carry my concealed weapon when I return to my stomping grounds to visit family and friends, I cannot buy ammunition there.

Suddenly my head is spinning from the stupidity of this piece of legislation, one that could have easily accommodated reasonable exemptions based upon specific circumstances as many other laws do.

LAX Ammunition OC answered several frequently asked questions regarding Prop 63, including this one:

Q. Why can’t you sell ammunition to non-residents of California without a COE (Certificate of Eligibility)?

A. According to the DOJ (6/10/19): “The CA DOJ is not permitted to use the Federal National Instant Criminal Background Check System (NICS) for the purpose of ammunition eligibility checks, and there is no reasonable alternative method to affirm that a person from out of state is prohibited from purchasing or possessing ammunition.”

Since I perform my annual firearms qualification in Texas, I complete the Texas Commission on Law Enforcement (TCOLE) forms, which confirm my certification. TCOLE then provides me with a card that verifies my status as a retire police officer who is authorized to carry a firearm. Ironically, a box that is checked on the TCOLE form reads: “Qualified Retired Out-of-State Officer.” Yet, my home state will not allow me to buy ammunition.

I reviewed the new law codified under California Penal Code sections 30352 and 30370, among other areas. Fortunately, sworn active duty peace officers, federal agents, and dealers are exempt, but not retirees.

Now that I got worked up over this silly law, I still thought I must have been missing something. Surely there is an exemption for duly authorized law enforcement retirees who’ve left the state?

I called a few active duty buddies still working the streets. No one could answer my question, meaning; this is not something local cops will enforce.

So I called “Turner’s Outdoorsman” in Fountain Valley, California, where I spent my career, since they sell ammunition. As the phone rang, I suddenly had specific flashbacks from moments I’d spent as a cop in the parking lot in front of Turner’s, which is next door to a nightclub, formerly call “The Hop.” Bill Medley and Bobby Hatfield, better known as “The Righteous Brothers,” owned the establishment.

In the parking lot of “The Hop” and “Turner’s Outdoorsman” I had:

All of that came to mind while the phone rang for 30 seconds.

“Turner’s Outdoorsman, can I help you?” said the sales clerk.

“Hi. My name is Jim McNeff. I worked as a police officer in Fountain Valley for nearly 30 years, but retired and moved to Texas.”

“I have a question about the new restriction placed on you by Prop 63. … This is not a trick question, but I would like to know if I can buy ammunition in your store if I produced an authentic Texas driver’s license?”

“Oh my, I work in archery, let me get someone from firearms to help with your question. Please hold.”

“Okay, thanks, I appreciate it.”

While waiting on hold, I felt like the mere mention of Prop 63 scared him away.

I repeated my question for Wayne—he probably thought it was a government trap. “I write for the publication, Law Officer,” I added. “I’m completing an article and want to make sure I have not misunderstood the application of Prop 63.”

“You have it correct. We cannot sell ammunition to anyone without the necessary checks and verifying state residency using a California driver’s license,” Wayne said.

“So, just to verify, regardless of my status as a retired peace officer from the State of California, if I walked into Turner’s with a Texas driver’s license, you would be unable to sell ammunition to me?” I verified.

“That is correct,” Wayne replied.

He then happily referred me to an expert in their corporate office, but I was satisfied with his response.

So there you have it; as best as I can tell, a retired California cop who has taken up residency in another state cannot purchase ammunition in the Golden State.

If I am wrong, please show me where I need to be corrected and I will rescind this article. Until then, I’m happy to be a resident of Texas, regardless of my love for California’s weather and its geography.