The suspect was taken into custody at McCarran International Airport 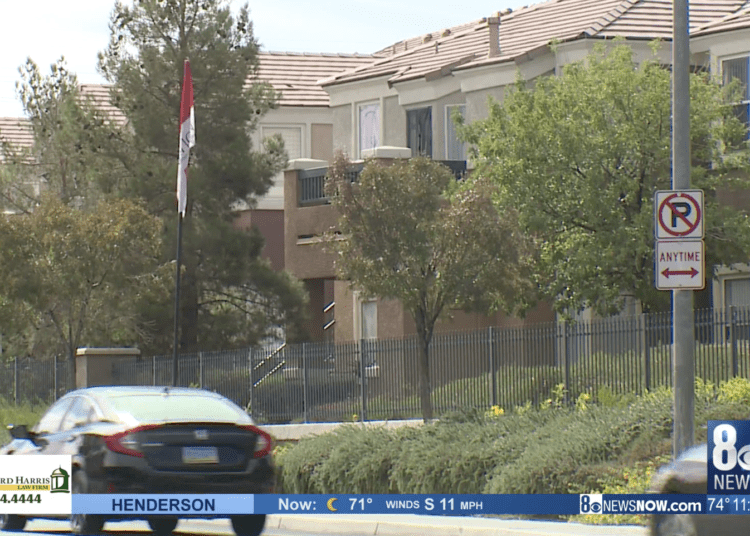 LAS VEGAS — Las Vegas police said a man threw an infant to her death early Saturday morning and started a fire, which killed the family dog before fleeing, according to reports.

Law enforcement authorities said they were called about 3:45 a.m. to an apartment regarding a domestic disturbance.

The caller said a man, identified by police as Clarence Martin Jr., 32, had thrown a 2-month-old girl from a balcony. When officers arrived, they said Martin was seen fleeing the area and were unable to stop him. The mother of the infant was found attempting CPR.

Police said the infant was taken to St. Rose Sienna Hospital where she was pronounced dead.

Prior to the infant’s death, police said Martin and his girlfriend were fighting. During the fight, he reportedly threw the infant off their second-story balcony. The woman ran outside to the baby and called police. At the same time, Martin allegedly started a fire inside the apartment, killing their family dog, 8NewsNow reported.

The Clark County Fire Department responded to the fire. A spokesman for the department said on arrival, flames were coming from the second story apartment. The fire was “knocked down” just after 4 a.m. CCFD said building managers were working to relocate those who were displaced, KVVU reported.

“There was water damage to the apartment below the fire and those residents will be temporarily displaced. The cause of the fire is currently under investigation and a cost of the fire has not yet been determined,” CCFD said early Saturday.

The fleeing suspect was later arrested at McCarran International Airport after being involved in a crash, police said.

Martin was hospitalized and booked in absentia for open murder, animal cruelty and arson, according to police.