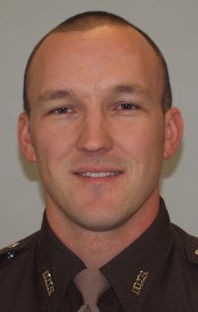 Douglas County (NB) Deputy John McFarland was shot by a 17 year old suspect early Sunday.  The ten opened fire on deputies with a shotgun after police responded to reports of the teen beating his parents with a baseball bat.

The Omaha World-Herald reports that Deputy McFarland, was treated for gunshot pellets to his hand and forearm.

McFarland is a five year veteran of the agency.

Share and speak up for justice, law & order...
Tags: shots

Missouri Man Shot After He Charged Police With Swords