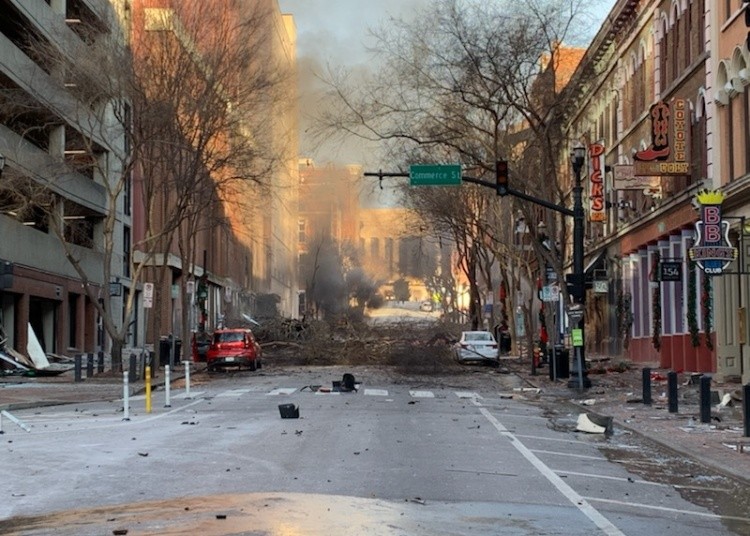 According to officials, the event appears to be  “an intentional act.”

The initial investigation indicates that the explosion came from a recreational vehicle.

According to Fox News, the FBI along with the Bureau of Alcohol, Tobacco, Firearms and Explosives is on the scene.

“This appears to have been an intentional act,” Metro Nashville Police Department tweeted. “Law enforcement is closing downtown streets as investigation continues.”

Officers first responded to the area after receiving a report of shots fired. They called in the bomb squad after seeing the suspicious vehicle, which later exploded.

MNPD, FBI & ATF investigating the 6:30 a.m. explosion on 2nd Ave N linked to a vehicle. This appears to have been an intentional act. Law enforcement is closing downtown streets as investigation continues. pic.twitter.com/YOfMTaKmTH

As of late Friday morning, police did not know if anyone had been inside the vehicle at the time of the explosion, and they were not yet able to confirm that shots were actually fired.

The investigation is being led by the FBI’s Memphis field office.

Acting DOJ Attorney General Jeff Rosen has “directed that all DOJ resources be made available to assist in the investigation.”

Law enforcement officials sealed off the downtown area and police dogs searched the area for any secondary devices. Police said they were also searching buildings in the area.

Officials said that three people had been transported to local hospitals, but that their injuries were not critical.

The blast caused noticeable tremors in the surrounding area and black smoke to rise.

Share and speak up for justice, law & order...
Tags: christmasexplosionnashvillepoliceTerrorism