Sports franchises are named after things associated with the geographical location of each team. Peace officers frequently associate crime trends with specific areas. Mix the two and what do you have? A list renaming sports franchises based upon reputations connected to criminal activity.

My wife and I recently spent a few days traveling the road between Texas and California. As a result, my mind wandered to locations unknown as I listened to my favorite Pandora stations and counted the number of burn marks on the side of the highway; evidence of automobile fires on the scorching hot Interstate 10.

Over the past few years I’ve published thousands of police related news stories. Consequently, I’ve become intimately familiar with unbecoming reputations that several major cities across the U.S. have earned as a result of policies of city and state leaders.

So, out of boredom, this avid sports fan decided to play a game with my wife. “Let’s rename sports franchises in major cities based upon reputations earned due to news stories related to law enforcement,” I said.

She was game, so this is our list along with a brief explanation:

Of course this name could have been given to several major cities, but none so deserving as San Francisco. Their sanctuary city policies—along with homelessness—have truly turned a geographically beautiful location into one in demise. Of course we could have named them “Justice-Involved Persons” since the city no longer refers to criminals as “convicted felons.” Nevertheless, we settled on the name Sanctuaries since it is much shorter.

This city has primarily been renamed after their mayor who proudly eschews federal violations by broadcasting Immigration and Customs Enforcement efforts to the masses so illegal-immigrant-criminals can be sure to flee before being picked up by federal agents.

Sidebar: Both the Raiders and Warriors are moving out of town, so sports franchises will no longer need a name in this crime-ridden area.

Have you been in L.A. recently? The atrocities of the homeless have become a legitimate health crisis for police in the area.

Yes, we’ve gone mildly PC on this. It could have been the “Illegal Immigrants,” but the reality is that people who’ve entered the country illegally have spread all over the U.S., and San Diego is one of the primary points of entry. As a result, Border Crossers is the new name for their sports franchise. 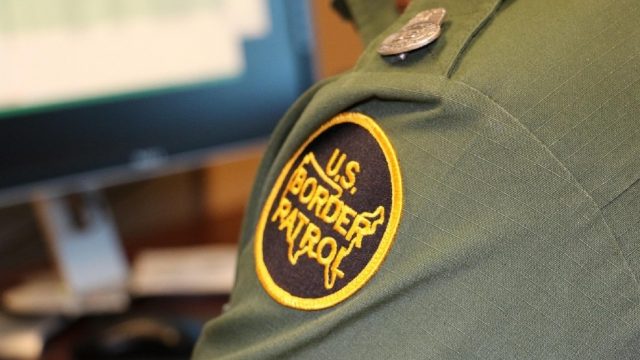 The goofy leaders of this otherwise cool city have police officers writing “community members” in lieu of “suspects” when compiling use of force reports. Consequently, their new sports franchise will be known as such.

Sidebar: What do you call a convicted felon who was born in San Francisco yet lives in Seattle? A “justice involved person residing as a community member.”

Is there another name for consideration? Absolutely not! They own the market on Antifa antics. Will this violent group eventually be labeled a terrorist organization? Perhaps, but in the meantime they will represent Portland since the mayor tolerates their destructive behavior. 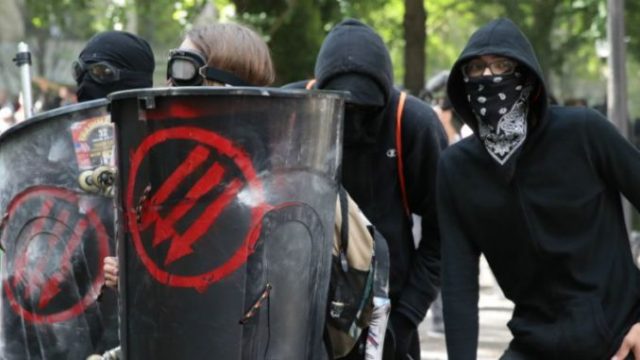 If their sports teams can “kill it” like their criminals do, they should be in contention for a title.

Since “Bullets” was previously discarded as the name of their basketball franchise, we didn’t want to re-use it, although the homicide rate in this city would justify it. Nevertheless, the “justice involved-community members” committing homicides are murderers, so we settled on it for the team name.

Q. What kind of crazy, anti-law enforcement people taunt the cops during an ongoing gun battle that wounded six officers? A. The criminal element that reside in Philly. Therefore, their new name is the Philadelphia Taunters.

Based upon their murder rate, St. Louis actually tops Chicago and Baltimore. Therefore, Gravediggers are frequently required, thus the moniker for their sports team.

Courtesy of Alexandria Ocasio-Cortez and her absolute hatred of anything related to Immigrations and Customs Enforcement.

This name is courtesy of Elizabeth Warren and her belief that Michael Brown was murdered.

Sidebar: To anyone who is still confused, Michael Brown caused his own demise. He lost his life in a justified homicide. “Hands up, don’t shoot” is a LIE.

Be careful driving in this beautiful state. “Mile-high” has taken on a whole new meaning.

St. Louis is probably more deserving to be named after Michael Brown, but they’ve already had a franchise called the Browns and lost it when the baseball team moved to Baltimore and became the Orioles. Furthermore, the city of St. Louis earned the term Gravediggers since they have a murder rate that is off the charts. Therefore, the state of Missouri produced the criminal who gave us the “Ferguson Effect,” so Kansas City gets the name, Browns.

Admittedly, not everyone marching in Washington is anti-law enforcement, but many of them are, so the sports franchise in this city gets renamed the Marchers.

How many crazy news stories have you read that contained a headline, “Florida Man …” Bizarre, twisted men in Florida routinely get arrested for doing things that make normal people roll their eyes. Consequently, Miami, the major city with multiple sports franchises, gets the name Florida Man.

Finally, the game didn’t actually end with this list, but in the interest of public decency, I cannot publish the rest. However, I know you have more ideas and suggestions. Please share them in the comments section below so everyone can have a good laugh.

Author’s note: Nothing in this article is meant to trivialize murder or cause more suffering for victims and their families. Actually, my goal is quite the opposite—to shine a light on these tragedies while I pray for better leadership.

Pain and suffering is real in inner city America. Clueless and corrupt leaders are a major reason. Look at the elected officials of the cities represented in this piece and study their platforms. Their enabling methods have been failing for decades, yet the same people get re-elected over and over again. However, as long as voters in these cities remain duped, their leaders will stay put. For their benefit, I hope for change.

Jim McNeff
Jim McNeff is the managing editor of Law Officer and founder of Badge 145, a ministry geared toward helping police officers and their families.
Jim worked in military and civilian law enforcement for thirty-one years. While in the USAF he flew as a crewmember aboard the National Emergency Airborne Command Post—a presidential support detail. Following his military service, he served for twenty-eight years with the Fountain Valley Police Department in Orange County, California where he retired as a lieutenant. He holds a Bachelor of Science degree in criminal justice from Southwest University and graduated from the prestigious Sherman Block Supervisory Leadership Institute as well as the IACP course, Leadership in Police Organizations.
Jim has authored three books: The Spirit behind Badge 145, Justice Revealed, and Jurisdiction.