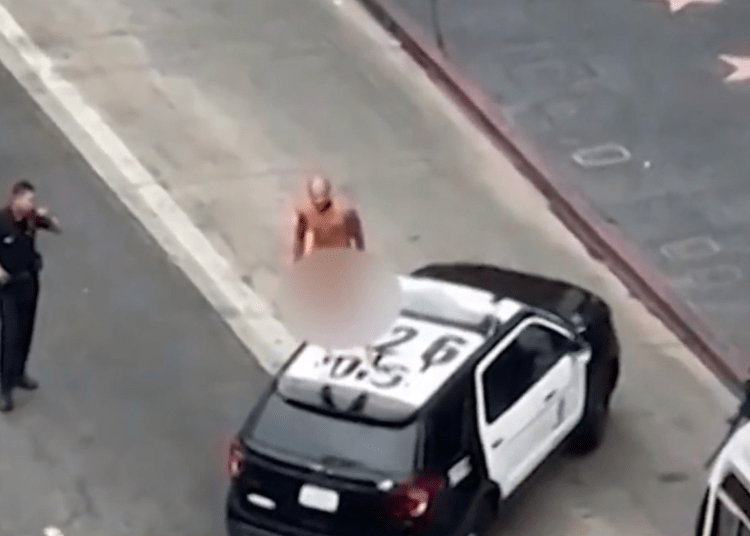 A naked man was arrested after dancing on top of an LAPD unit Friday morning. (Screenshot KTLA)

LOS ANGELES – A naked man decided to dance on top of an LAPD patrol unit in Hollywood Friday morning, leading to damage of the car and the suspect’s arrest.

The exhibitionist climbed atop the police cruiser near the intersection of Hollywood Boulevard and Argyle Avenue about 7:11 a.m., LAPD Officer Lee said.

Officers requested additional assistance to get the nude individual safely off the unit once he began vandalizing it, Lee said.

At one point the suspect began kicking at the rear window of the vehicle before police made the arrest, KTLA reported.

According to Lee, the unnamed suspect was taken into custody for vandalism.