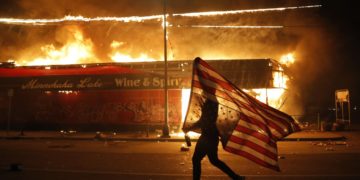 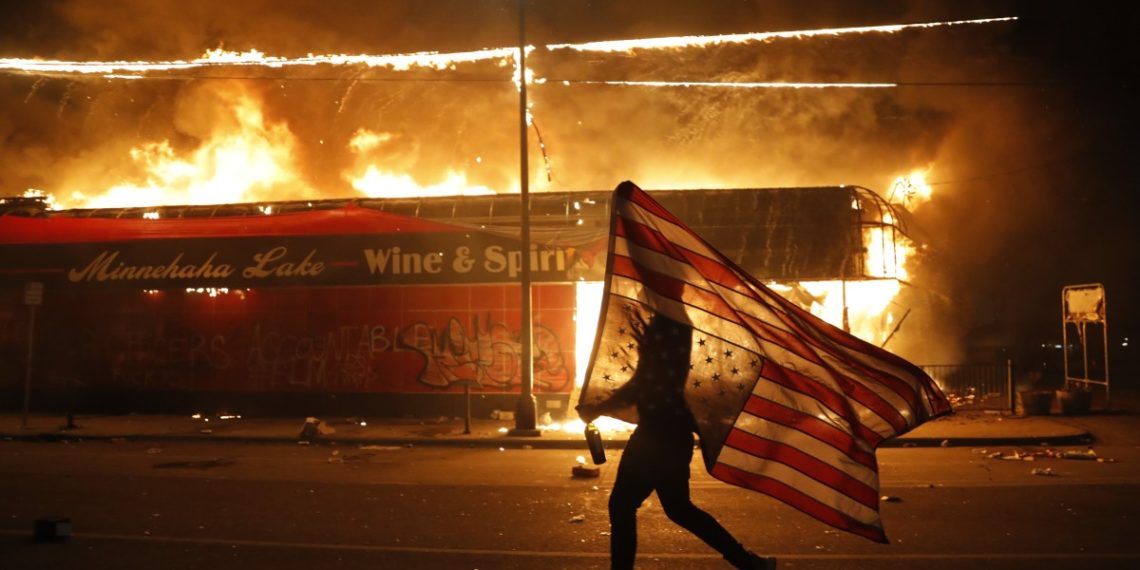 Friends of George Floyd, the man killed by on Monday after an encounter with the Minneapolis Police Department, held a news conference earlier on Friday in the rotunda of Minneapolis City Hall.

“I’m here because they’re not gonna demean the character of George Floyd, my twin,” Jackson said. “You can’t tell me, when that man had his knee on my brother’s neck, taking his life away, with his hand in his pocket, that that smirk on his face didn’t say, ‘I’m protected.’”

Floyd’s death has touched off days of protests and three nights of violence throughout Minneapolis, and inspired demonstrations nationwide.

Minneapolis will be under a mandatory curfew this weekend.

Leslie Redmond, president of Minneapolis NAACP, said that “What you’re witnessing in Minnesota is something that’s been a long time coming. I can’t tell you how many governors I’ve sat down with, how many mayors we’ve sat down with. And we’ve warned them that if you keep murdering black people, the city will burn. We have stopped the city from burning numerous times, and we are not responsible for it burning now.”

National Guard troops rolling heavy through the streets of DC to break up the #GeorgeFloyd White House protest: pic.twitter.com/jzCwZhcyzA

Fires are being set in the street in #DTLA, where it has yet to reach midnight, despite the LAPD having declared an unlawful assembly. #GeorgeFloyd pic.twitter.com/u5g81GYtfh

Someone is driving small bulldozer in the area of Broadway and 17th Street in Oakland. #GeorgeFloyd #GeorgeFloydprotest pic.twitter.com/on7vitkD1J

The Oakland #GeorgeFloyd protest sticks it to the Wells Fargo, where the doors are smashed and the premises entered. pic.twitter.com/IsbJYD2Yfx

Protesters in Seattle lying in the street, calling out the name of GEORGE FLOYD#SeattleProtest