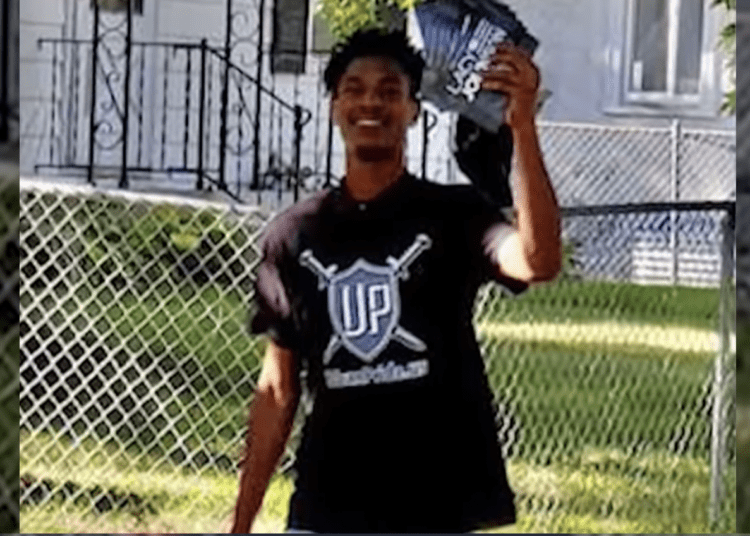 Andre Conley, 17, was gunned down in Minneapolis. (KARE)

The man wanted in connection with the murder of Conley is now in custody following a police pursuit that started in Minneapolis and ended in the northwest metro Thursday morning.

The wanted suspect led police in a vehicle pursuit that traveled down I-394 westbound to northbound Highway 169. He was eventually captured after pulling off on East Medicine Lake Road in Plymouth and crashing, KARE reported.

Conley was standing outside a convenience store at the corner of Dowling and Freemont Monday when shots rang out, and he was fatally struck. He was just two weeks into his senior year at Patrick Henry High School.

The murdered young man said he wanted to have a positive impact on others, according to Johnson.

“They came to me and told me that they want to do positive things with their lives,” said Johnson about Conley and some other young people during a memorial and vigil to honor the teen.

The Johnson campaign said both Conley and the other victim were members of an outreach team, yet they were not performing campaign duties at the time of the shooting.

“It is shocking and unnecessary acts of violence like this that prove why change is needed now more than ever in our community,’ Johnson said. “The shooting did not occur during a campaign or outreach and we do not believe it has any connection to their work for the campaign.”

The unnamed suspect is currently in custody.

An emotional vigil was held on Wednesday for Conley near the spot where he was gunned down, bringing together family and friends who wished to pay tribute to the teen, reported KARE.

“My nephew Andre did not deserve this,” said Conley’s aunt, Fatemah Green, through tears.

The event was attended by Johnson.

“I’m not blaming anybody else but us,” the GOP candidate said. “It’s us. We got to take care of our own kids, we got to look after our own children.”

Law enforcement authorities do not believe the shooting is related to politics.