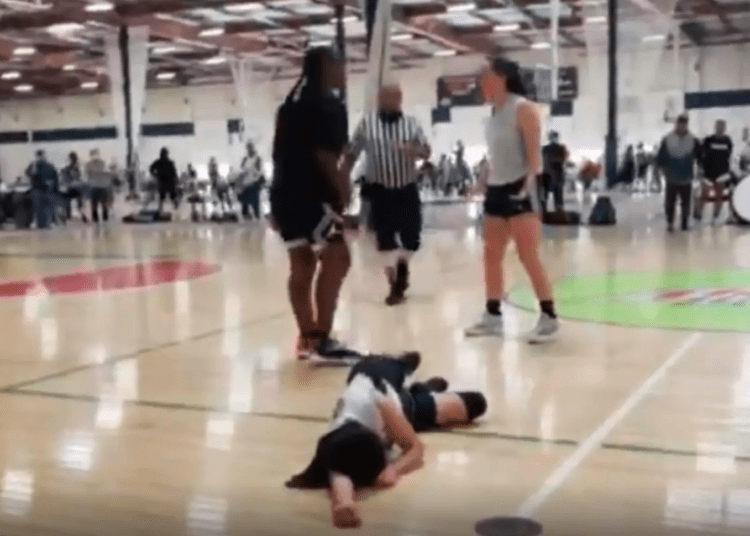 GARDEN GROVE, Calif. – A mother who directed her daughter to sucker punch an opponent during a youth girls basketball game in Southern California last November has been ordered to pay $9,000 in restitution to the victim, TMZ reported.

Tira Hunt was facing misdemeanor charges of contributing to the delinquency of a minor and battery over the incident. She was facing up to a year in jail if convicted, but instead entered into a diversion program in lieu of prosecution, according to the New York Post.

In addition to the restitution, Hunt is required to stay away from the victim, attend anger management classes, and send written apologies to the teen and her parents.

Lauryn Ham was the teen basketball player who got walloped. She suffered a concussion and was dazed for a period of time after the blow, forcing her to miss school, her mother, Alice Ham said.

“Of course I was in total shock,” Alice Ham, told ABC7 last year at the time of the incident. “Just couldn’t believe that could happen to my child.”

“The person in question went down the court and shot a 3-pointer, landed, fell backwards into my daughter,” Ham said. “As they got up and turned and were walking back down to the other side of the court, her mom says to her, ‘You need to hit her for that.’ And the child in question sucker-punched my daughter.”

The girl who delivered the vicious knockout blow is the daughter of former NBA player Corey Benjamin. Following the high profile battery, Benjamin said “this is not how I raised my daughter.”

“To the young lady who was punched by my daughter during a youth basketball game, I sincerely apologize to you and I am praying for your complete healing both physically and emotionally,” Benjamin said. “To her family, I deeply apologize and regret that this happened to your daughter as she did not deserve this to happen to her. Finally, I apologize to all of those who have been impacted and hurt by the actions of my daughter as well as those of her mother. I am here for your family and wish only the best for you.”