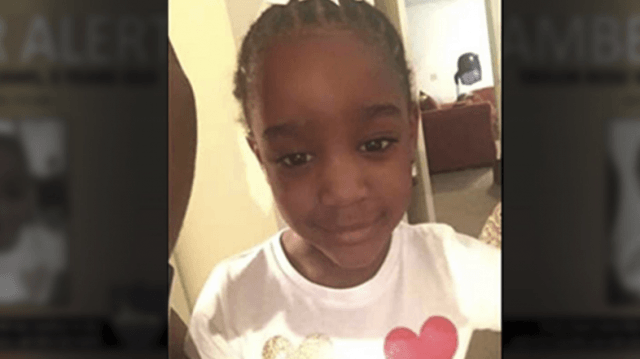 JACKSONVILLE, Fla. – The mother of a missing Florida girl, Taylor Rose Williams, 5, has been charged with child neglect and giving false information to investigators after police found human remains in rural Alabama, authorities announced on Tuesday.

Williams was booked at an area hospital after being admitted because of an apparent overdose, Jacksonville Sheriff Mike Williams, who is not related to the family, announced during a news conference on Tuesday evening.

In a news release, investigators said search teams had uncovered human remains in a wooded area between the cities of Linden and Demopolis in Alabama. The ID process is continuing, Fox News reported.

“While indications are this may be Taylor Williams, the exact identification of the victim will be made pending some detailed forensic analysis of those remains,” Williams said.

He said Williams told police she’d last saw the child in her bed around midnight. Moreover, she apparently indicated that an exterior door was open, and that the girl was gone the next morning, according to the report.

The sheriff said Taylor Williams’ father, who reportedly hadn’t seen the child in two years, and her family have been cooperating with police.

The mother had been staying at the Jacksonville Navy Air Base where she works, the sheriff said.

UPDATE — Multiple sources tell us Brianna Williams’ condition is very serious tonight: Family says she is on life support; officials say she is in a medically induced coma.

We will have the latest tonight at 11 on @FCN2go pic.twitter.com/gUgNbM7vTW

Brianna Williams, 27, is from the Alabama county in which the remains were found, First Coast News reported.

Furthermore, the news outlet, citing two law enforcement sources, reported that she’s in life-threatening condition following what appeared to be a suicide attempt.

Latest info. from Sheriff Mike Williams: Brianna Williams arrested; she is in critical condition after overdose; human remains may be her daughter. ⁦@FCN2go⁩ https://t.co/gi2kGLfd75

Brianna Williams was assigned to the tactical operations center at Naval Air Station Jacksonville in April 2018. She enlisted in the Navy seven years ago, military officials said. She was still reporting for duty as of Tuesday morning, WJXT reported.

A close family friend of hers, who did not want to be identified, said she’d been on suicide watch during the investigation, First Coast News reported.  The friend said she overdosed after the remains were found and when police were on the way to arrest her, the news station added.