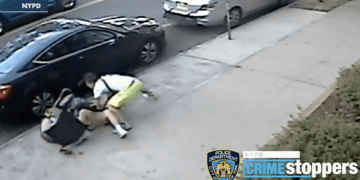 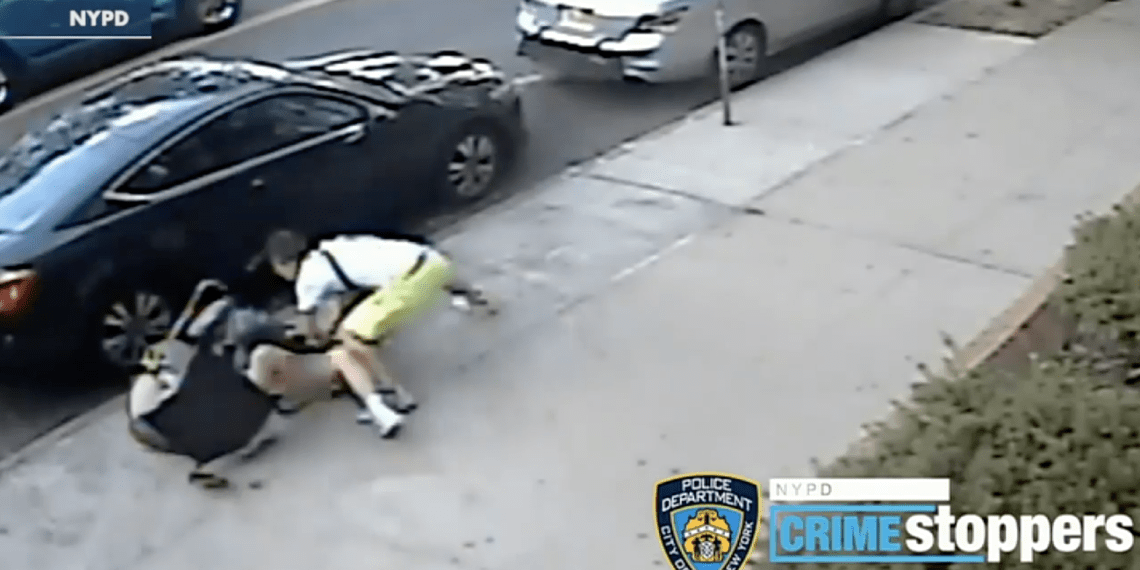 NEW YORK — Police in New York City are searching for a man seen in a disturbing video attacking his ex-girlfriend as she was pushing their infant son in a stroller.

Investigators told Fox5 NY that Carlos Gonzales, the suspect, was walking with the 21-year-old victim when the two got into an argument Tuesday night in the city’s Bronx borough.

Gonzales then placed her in a chokehold, dragged her to the ground and stabbed her before fleeing the scene, police said.

Surveillance footage of the attack shows the stroller being tipped over during the struggle – sending the child careening onto the sidewalk.

The infant and mother were both sent to a local hospital and are reported to be in stable condition.

Gonzales, a 25-year-old from Manhattan, was last seen wearing yellow shorts, a white T-shirt and white sneakers, according to Fox5 NY.

Police also say he is around 5 feet 10 inches tall and has long black hair that he wears in braids.