Officer Daniel Vasquez graduated from the police academy in 2021 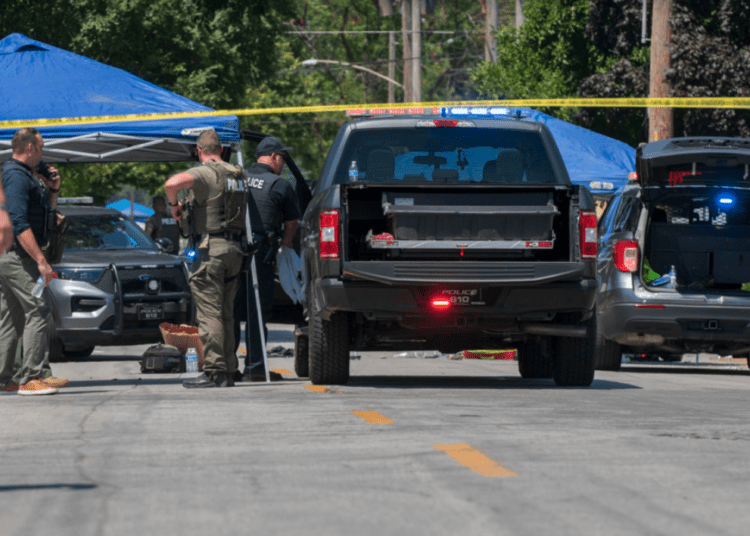 NORTH KANSAS CITY, Mo. – A North Kansas City police officer who was shot during a traffic stop Tuesday has died, according to authorities.

North Kansas City Police Chief Kevin Freeman identified the deceased officer as Daniel Vasquez. He had been with the department for two years, Aol.com reported.

Officer Daniel Vasquez was shot and killed after he pulled over a driver for an expired tag. (City of North Kansas City)

Prior to the announcement of Vasquez’s death, the Clay County Sheriff’s Office announced that a person had been arrested in the shooting, according to the Kansas City Star.

The suspect surrendered to the Kansas City Police Department, according to Freeman. He said he did not know what type of weapon was used in the homicide.

No further details have been released regarding the suspect.

Vasquez was shot and killed while conducting a traffic stop for expired registration about 10:40 a.m. near 21st Avenue and Clay Street in North Kansas City, according to the Missouri State Highway Patrol.

When the stop was made, the driver reportedly jumped out of the automobile and opened fire on the officer.

Immediately after the shooting, an emergency alert tone came across police radios, according to radio traffic captured by Broadcastify.

Vasquez was rushed to a hospital by ambulance and subsequently transported to University of Kansas Health System in Kansas City, Kansas, according to Clay County Sheriff Will Akin.

Officers escorted the ambulance from the scene of the shooting to a hospital.

Shortly after patrol personnel escorted the downed officer in the ambulance from the crime scene to the hospital, dispatchers advised of the suspect vehicle description, Aol reported.

Vasquez graduated from the Regional Police Academy in July 2021.