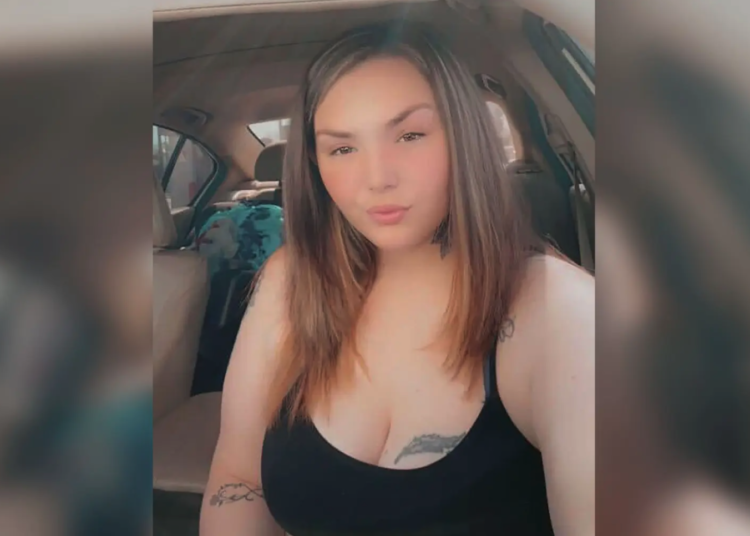 Angela Mitchell had been reported missing May 6. (Facebook / Elizabeth Garza-Baker)

TEXAS CITY, Texas – A Texas man was taken into custody last week in connection to the death of a mother of four who was found dead in the trunk of her car last month, authorities said.

Christopher Maldonado is charged with tampering / fabricating physical evidence with intent to impair (human corpse) in connection to the death of Angela Leean Mitchell, 24, according to Texas City Police, the New York Post reported.

A missing persons flyer created by Mitchell’s family said she was last in the company of Maldonado before she vanished.

Mitchell’s decomposing body was discovered inside the trunk of her white Honda sedan in Texas City on May 11, after a person called 911 reporting a foul odor coming from the vehicle.

Maldonado was arrested by Texas City Police and US Marshals during a traffic detention on Friday.

Police have not disclosed a cause of death for Mitchell. However, they’ve said the case is a “suspicious death investigation.”

The Galveston County Medical Examiner is conducting the autopsy.

TEXAS CITY, Texas – A woman who was reported missing last week has been found dead in the trunk of her own vehicle, according to police.

Angela Mitchell was the mother of four children. Her decomposing body was discovered Wednesday after police received information of a foul odor emitting from the back of a white Honda sedan in Texas City, northwest of Galveston, reported ABC13.

Mitchell’s family members and friends said the woman was missing Friday, May 6, after she failed to return to her Dickinson residence the night before.

They tracked her vehicle to Texas City where it was located the same day her family reported her missing. However, there were no signs of the 24-year-old mother. 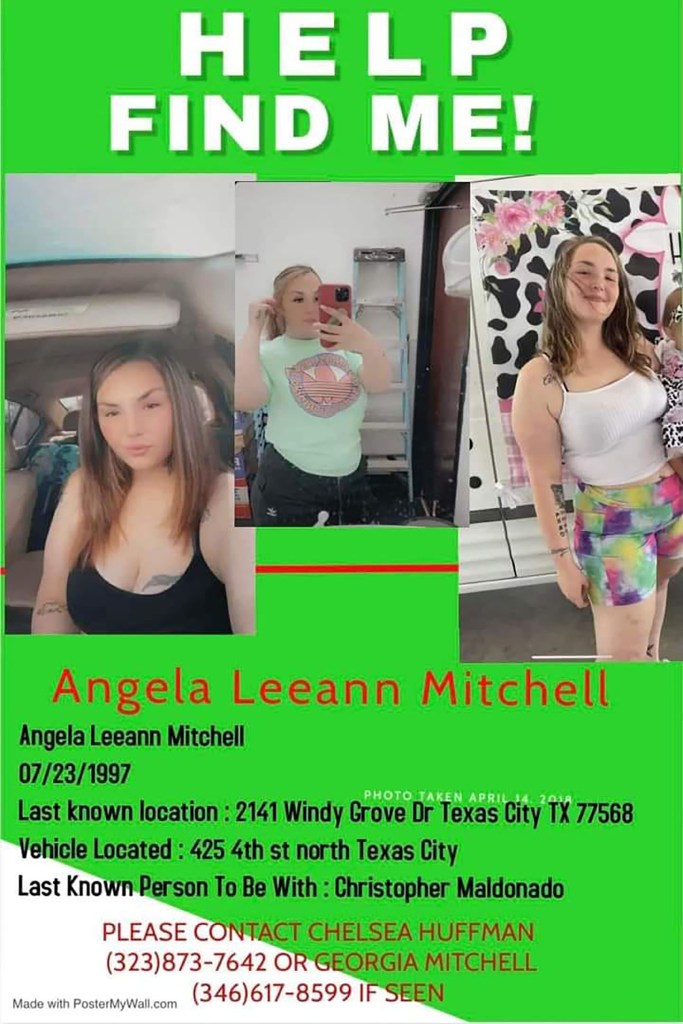 On Wednesday, someone in the community called 911 regarding a foul odor coming from the white sedan parked near the intersection of Martin Luther King Junior Street and 4th Avenue. The information led investigators to Mitchell’s body inside the trunk of her car. 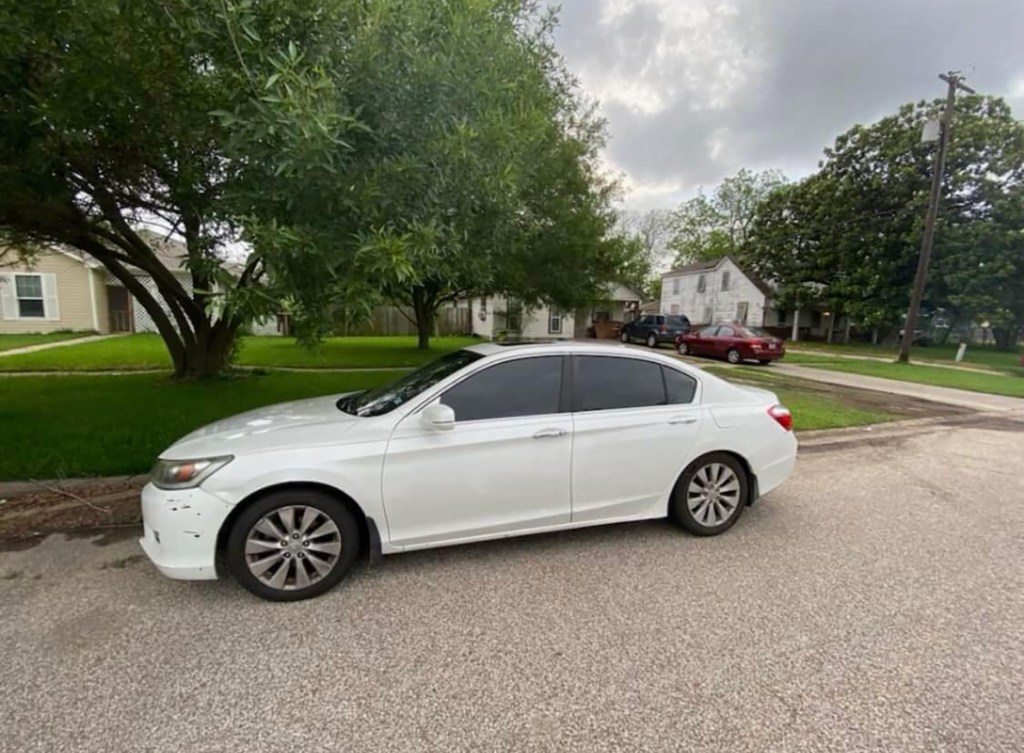 Angela Mitchell was found dead in the trunk of her own vehicle. (Facebook / Elizabeth Garza-Baker)

People who live nearby noticed the automobile had been parked there for days, but the discovery of a dead woman inside didn’t necessarily surprise them.

“To be honest, that’s nothing new in this town. You come across that situation every couple of months, or so. That’s just Texas City for you,” David Welch Jr. said.

Law enforcement personnel have not disclosed how the woman died or whether they are looking for a suspect connected to Mitchell’s death, the New York Post reported.

The missing person flier said Christopher Maldonado was the last known individual to be with Mitchell. Their relationship was unclear.