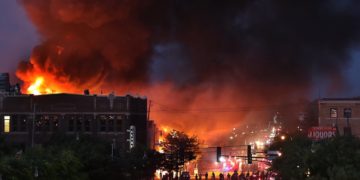 The Attack Comes On The Third Night Of Riots 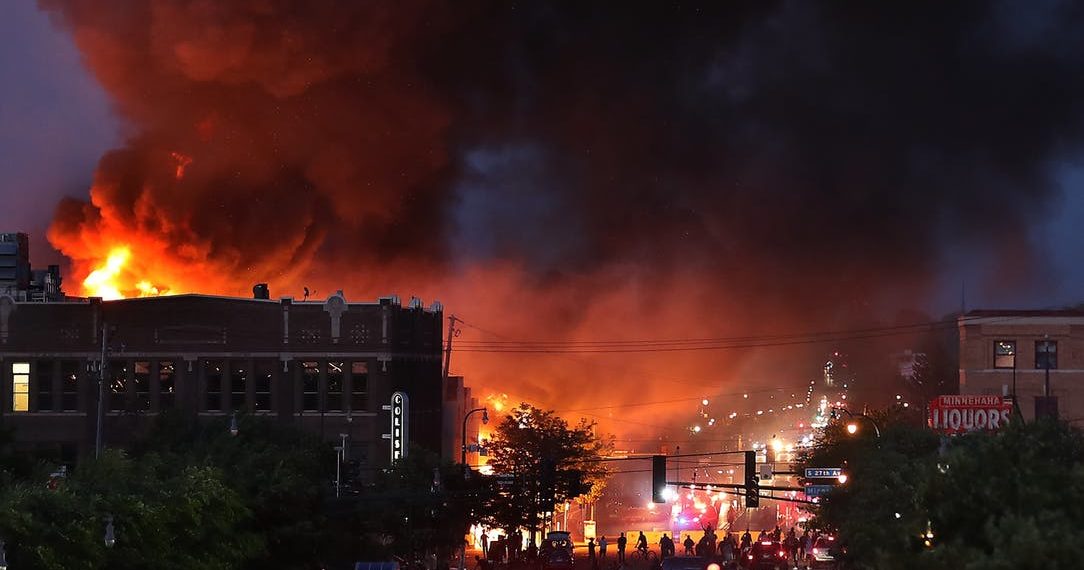 MINNEAPOLIS – The Minneapolis Police Third Precinct police station was set on fire Thursday night as riots continued in the city — and other cities across the U.S. — following Monday’s death of George Floyd, a black man who died while in police custody.

Fox News reports that more than 500 members of the National Guard were heading to the region. 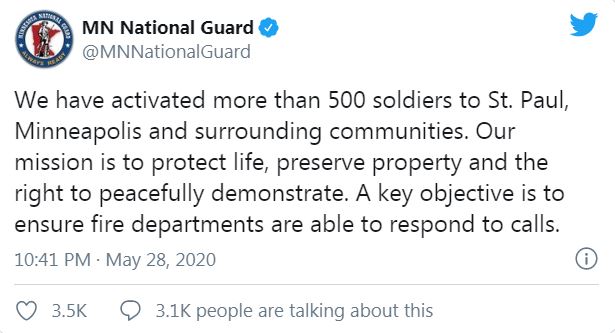 Rioters broke into the precinct around 10 p.m. local time, after police on the rooftop previously tried to disperse a gathering crowd using “flash bang” shots and tear gas, according to reports.

This appears to be a livestream of protesters in Minneapolis who've broken into the 3rd Precinct – the one to which the police officers involved in the George Floyd incident belonged https://t.co/oFrSbjQVX3

The rioters entered the building and sparked the fire after police officers on the roof were rescued by helicopter, reports said.

Minneapolis is burning again. Here is video before I left … many stores on fire.. it appears they will break into the 3rd precinct. Trying to set it on fire. No more police intervention. No sign of National Guard. I’ll put up more pics and vid pic.twitter.com/591WPn1JcX

The precinct is located only a short distance away from where Floyd died on Monday. 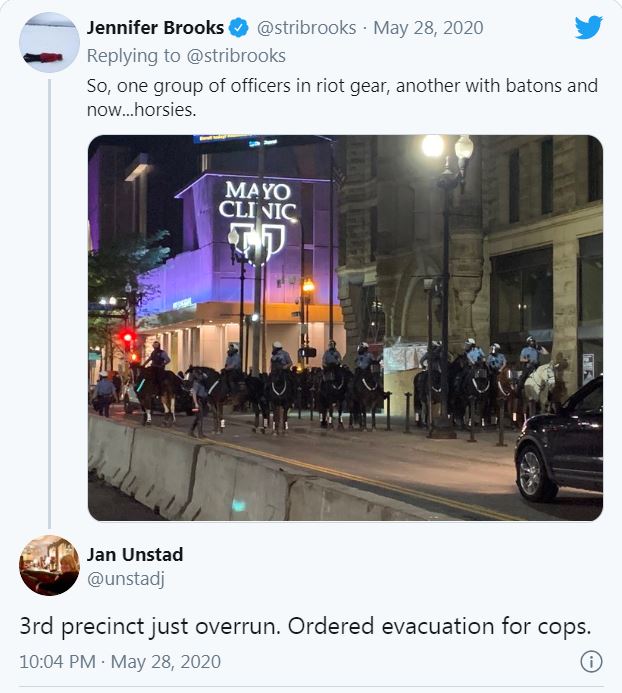 Earlier Thursday evening, a separate fire erupted about two blocks from the police station — with no apparent immediate signs of response from the city’s fire department.