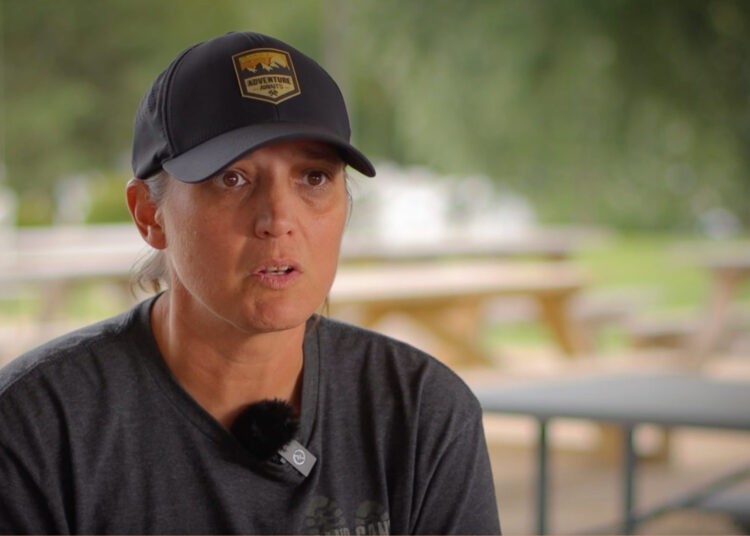 Alpha News sat down with a former Minneapolis police officer for a candid conversation about the days after George Floyd’s death in 2020. She discussed the riots, the political messaging, and the decisions that were made in the days that followed.

Part of the story will be featured in Liz Collin’s forthcoming book, “They’re Lying: The Media, the Left, and the Death of George Floyd.”

Samantha Belcourt’s story is one of service. She grew up on various military bases as both her mom and dad served in the armed forces.

“I always wanted to go into the military. It was a dream of mine,” Belcourt said.

At the age of 17, she joined the National Guard. Army tours took her to South Korea and Iraq.

A ride-along with a police department nearly 10 years later would lead to her next passion in life.

“A lot of the skills you have in the military, especially high stress, how to control your adrenaline, would all benefit me in that job,” Belcourt said.

She served in the Osceola Police Department in Wisconsin as a K-9 officer until a bigger city came calling.

“Minneapolis was fun in a lot of ways because there was a lot of opportunity, not only within different departments and what not in the city, but really an opportunity to help,” she said.

In a way, Belcourt’s story is symbolic of hundreds of other police officers who once proudly served a city that will never be the same.

“I can talk about it now without bursting into tears most times, but at first, I would say probably one of the hardest things I ever did was send my resignation letter in and hit send. It was like an echo in the room on the computer because you work hard for something, and you push for it, and you love it and then you feel like you can’t do it anymore. Also, you feel like you’re not wanted and what you have to offer is not what they want,” she said.

Belcourt was a member of what was called the Community Response Team. She worked drugs and weapons cases in downtown Minneapolis for years.

She said her profession and life basically changed overnight.

The morning after Floyd’s death at 38th and Chicago, her team mobilized to respond to nearly every rescue mission related to the riots.

“All I knew is there was going to be a lot of anger, emotion, a lot of hurt tied to this video and to what happened. I also knew it was probably going to be bad for us,” she said.

“You know, especially as an experienced officer, that that’s going to be times 1,000 in person,” Belcourt said.

In one incident, an Australian TV crew captured the crowds as Belcourt’s team tried to get to two people who’d been stabbed.

“Just to remind our viewers this is not Lebanon or the heart of Iraq. This is America and it’s war on the streets,” the reporter said in that broadcast.

“We needed to get these two stabbing victims out, but the fire department and the ambulance couldn’t get in,” Belcourt recalled.

Police had to pull a bleeding victim on a cart through the protesters to get him to a hospital that day.

“That is as close to a civil war in America that you will see,” the reporter said.

More rocks and frozen water bottles were lodged at Belcourt’s team in the days that followed.

In many ways, she said they were helpless in combating the lawlessness spreading across the city.

“Even when we went in for the Auto Zone fire, we had to escort the vehicles in and they were being destroyed — mirrors getting blown off, tires being stabbed. These firefighters, they aren’t equipped to fight a fire while being attacked and assaulted. It’s just not possible so that was up to us to watch their backs, but we were so outnumbered,” Belcourt commented.

“Next to the Auto Zone there was a brand new apartment building that was being built and it was this huge wooden structure. They’re in there trying to start a bonfire and for about an hour and a half we watched them go over there and literally build the perfect bonfire and start that building on fire. All we could do was watch. We didn’t have the resources and didn’t have the authorization to make any arrests,” she said in frustration.

A police precinct attacked and abandoned

These were the moments that led up to what many officers considered the point of no return. Some have compared what happened at the now burned-out Third Precinct to raising the white flag in battle.

“The person giving the briefing had said, ‘Well, we were just told to get some of our personal effects out of the Third Precinct. They’re considering giving the precinct to them as a prize.’ We all laughed. We were like, ‘Oh, that’s the dumbest thing I’ve ever heard.’ There’s no way. Tactically, it makes zero sense,” Belcourt said.

“We honestly thought that it actually would never happen. Someone has to have even an inkling up there to know better, we thought. I don’t who made the final call, but clearly that person did not know better,” she added.

Turning in her badge

She’d work just a few more weeks after the riots before turning in her badge.

“One of the big things that scared me toward the end was that no matter what, it didn’t matter if you went in good faith anymore. It used to be you went in good faith, you made a decision, you based it on following policies and procedures. You based your decision on trying to do the right thing. You based your decisions on the little bit of information that you had and up until then, as long as all of those things were included, no matter how it came out, you were covered,” Belcourt said.

None of that mattered anymore.

“It slowly had built up after the riots. We were doing a detail downtown. There was a guy laying on the ground, so we jump out to help him and he’d been shot in the chest. So we were getting out trying to render him aid on the ground. As we’re trying to render him aid, the crowd is closing in, they’re angry. We are getting stuff thrown at us. Officers rushing to help us are holding the crowd back. Even the guy we were helping, if he could have told us to get lost, he would have,” Belcourt said, explaining the moment she decided to resign.

“You’re plugging a hole in his chest and the crowd is just angry and calling us names. It was just kind of a lose-lose battle and I think it was just another, ‘OK, maybe the large group riots are over, but it’s not over.’ It just kept going and going and going. There was no good you could do. Just your presence anywhere, you were just the worst person in the world. You just have to question: is this for me anymore? Am I going to be good enough for this job anymore? And is this job good enough for me?” Belcourt said.

“The last couple of years it’s been hard because I’ve seen her heartbreak and her experiencing the betrayal from the city and from the leadership and losing her career, something she was passionate about, something we lived for,” she added.

At the age of 40, Officer Sam Belcourt became one of hundreds to leave MPD after being diagnosed with post-traumatic stress disorder.

“We had to make some really hard decisions. How is our life going to look now moving forward? Can we survive financially? Do we want to stay in Minnesota? Is this our home anymore? It didn’t feel like home. You know, friends and family didn’t support us as much as you would like to think. It wasn’t running away from it, but it was finding happiness away from something that hurt so bad,” Bastien said.

Belcourt has since joined her wife in business. Together they operate a food truck in Arizona.

Their time in Minnesota is short each summer.

“You think, ‘It’s been two years. You should be through it now. Let it go.’ But it doesn’t work that way,” Bastien said.

“People forget we’re human beings. We’re not just a uniform. Even though it’s a career or job, you put just as much, if not more, passion and energy and a piece of you into it then almost any other job,” Belcourt said. “Why would you want to pour your heart and soul into something and they don’t want you there?”

Lack of leadership and deafening silence

Still, Belcourt believes it didn’t have to happen this way.

“The lack of leadership, the lack of decision making, the lack of resources made it a lot worse. I think we could have nipped it in the bud more in the beginning if we were allowed to make arrests that needed to be made,” Belcourt said.

“I’m at the bottom. I’m nobody, just a regular cop and we’re the ones getting our butts kicked for days and days and days and no relief. There was more frustration and anger with the command staff and with the politicians running the show — whoever that was — than there was with the crowd,” she added.

She was frustrated with city and state leaders who failed to stand up when it mattered most for the countless officers with their own stories of service.

“They are good cops, and they try every single day to help this community. They are brave, loyal, loving police officers. There was this silence. The silence was louder than if they would have said something,” Belcourt said.

You can read more about Belcourt’s experience in “They’re Lying: The Media, the Left, and the Death of George Floyd.”

The book is based on conversations with those who were there, including Derek Chauvin, Thomas Lane, and other Minneapolis police officers who’ve never spoken out until now. The book exposes how the media and the left manipulated the facts to dupe and divide America. 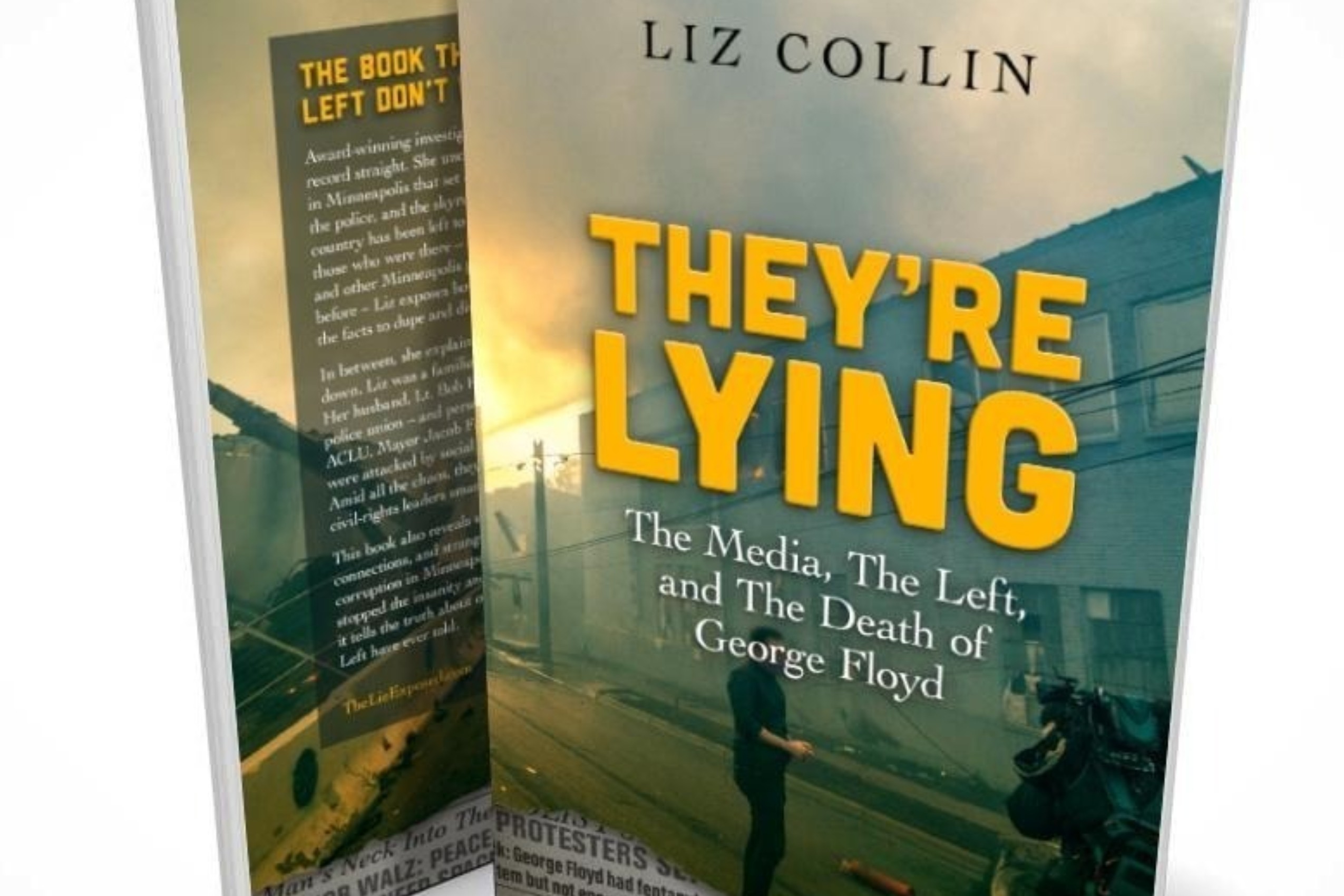 It also reveals some of the cover-ups, hidden political connections, and strange coincidences involving crime and corruption in Minneapolis. It names the names of those who could have prevented the violence, stopped the insanity, and given civility a chance.

The book is coming in October, but pre-order sales are available now at thelieexposed.com