The 235 patrol officers, not including those in field training, are spread out between five precincts and three shifts. 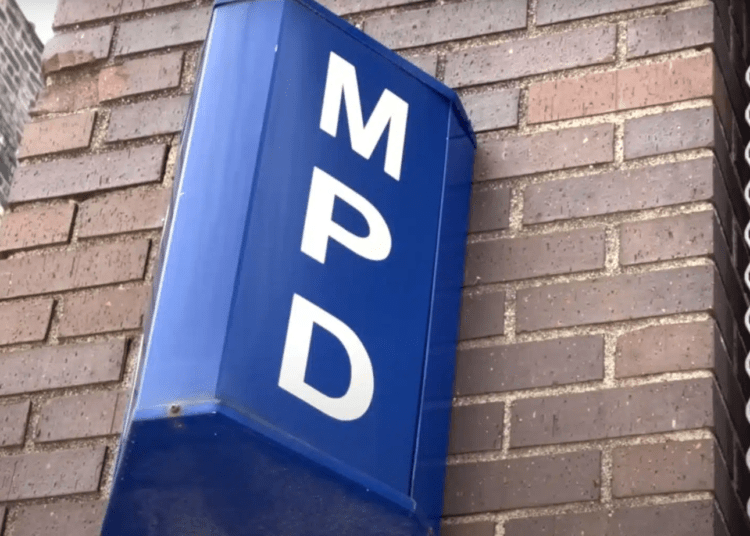 An MPD sign outside of a precinct in downtown Minneapolis. (Alpha News)

MINNEAPOLIS – The Minneapolis Police Department only has 235 officers available to respond to 911 calls throughout the city, according to internal numbers obtained by Alpha News.

The 235 officers, not including those in field training, are spread out between five precincts and three shifts. While the department has other officers working in different roles, such as those in leadership, the patrol officers are the ones responsible for responding to the city’s 911 calls. As of Nov. 10, Minneapolis had a total of 539 active police officers, according to the numbers provided to Alpha News.

Schmidt said recruitment and retention remains difficult because of the “negative narrative around policing.”

“Increasing crime rates have continued to task the already limited resources of the Minneapolis Police Department,” she said.

“It was refreshing and long overdue to hear the governor and other candidates promise to make public safety and cop recruitment and retention priorities,” added David Titus, president of the Minnesota Police and Peace Officers Association (MPPOA).

Titus noted that campaign promises will “only get a state so far — especially when we’re in the throes of a serious increase in violent crime and decrease in people willing to wear the badge.”

Minneapolis has been seeing a steady uptick in violent crime over the past two years.

Prior to the 2020 riots, Minneapolis had around 600 patrol officers that staffed the city’s five precincts. A source told Alpha News back in February that they were losing officers weekly. At that time, MPD had 268 officers in 911 patrol.

As of June 2022, the department has been court ordered to increase staffing, but the numbers just keep falling.

The Minneapolis Police Department did not respond to Alpha News’ request for comment regarding the staffing issues.

Today is an exciting day for our city and our police department. Chief O’Hara’s leadership, integrity, and deep commitment to the community will help us drive police reform, reduce violent crime, and strengthen police-community relations. I look forward to the road ahead. pic.twitter.com/hOji80DNVk

The mayor’s 2023-2024 budget proposal calls for funding 731 total officers and four new recruit classes per year. It also allocates $1.45 million for the city’s Behavioral Crisis Response program, which is “part of the alternatives to police response initiative.”