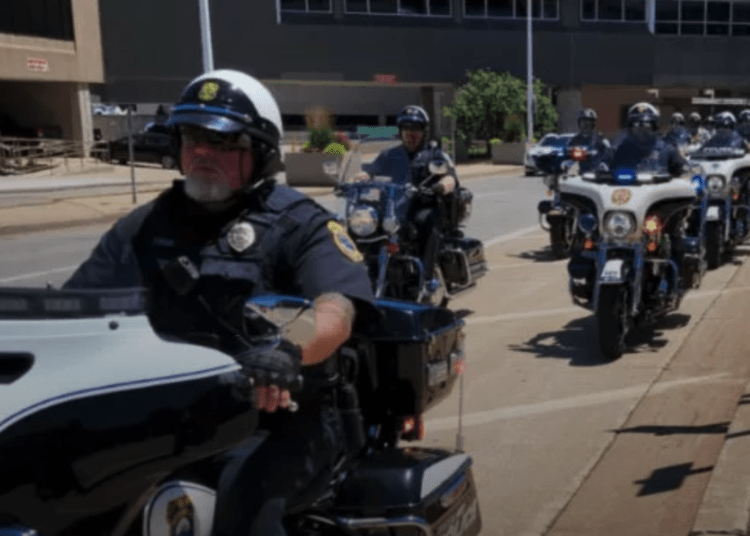 The chief judge says the current situation is “untenable.” The Milwaukee Police Association president says, “I think it’s crazy; it’s a revolving door of these offenders.”

We received a message from a Milwaukee cop. “Did you hear we are not to arrest on misdemeanor warrants? We are supposed to give them new court dates now. We are treating misdemeanors the same as municipal warrants. This is insane.” Another officer added that squads are tied up on endless med runs, leaving fewer to patrol, and suspects are sitting in district stations for days because the jail won’t take them.

“It’s getting worse with no end in sight,” the second officer said, imploring us to let people know how bad things are getting.

Is this true, we wondered? At a time of skyrocketing homicide numbers, are Milwaukee police really not allowed to arrest people on misdemeanor warrants anymore? It turns out that, yes, this is true, although there are exceptions for some offenses, like domestic-violence and gun-related crimes. This means that a person who doesn’t show up for court on a misdemeanor crime – even a violent one like non DV-related battery – won’t be arrested and booked in the jail despite being issued a warrant. They will just be given a new court date and sent on their merry way.

If they don’t show up for that court date either, you guess what happens. A new warrant, and a new court date, are issued, in an endless cycle of non-accountability, which already happens with city municipal warrants. But these are state criminal offenses.

“Is it true that MPD has ordered cops to never arrest on misdemeanor warrants now and to just give people a new court date, essentially treating them like municipal warrants? Are there any crime exceptions?” we asked MPA President Andrew Wagner.

He responded, “Yes, this is true. Exceptions are for Domestic Violence and Firearm Referrals. This is because the sheriff has not been taking anyone on misdemeanor charges except for D.V. and OWI seconds, so NCIC ruled that since the police were coming into contact with them and they knew about the warrant they would now have to re-issue the person a new court date. If they fail to come to the new court date, they will have another warrant put out for them. Don’t think that even caught with the new warrant that we would be able to bring them into custody, though.”

The NCIC ruling happened just a few days ago and was announced to officers in roll call.

Officers have to “give the person a new court date because the Sheriff’s Department is not accepting (many) misdemeanors,” Wagner added, in an interview with Wisconsin Right Now. “If they fail to make a new court date, they just get a new warrant. It happens over and over again.” He said there are also exceptions for gun-related in addition to domestic violence offenses.

Wagner said that some misdemeanors that fall under this practice are violent offenses.

They are “quality of life crimes,” he said. In other words, the county has completely reversed the “Broken Windows” policing strategy that resulted in years of steady crime drops in Milwaukee. That strategy held that cracking down or intervening in lower-level quality of life offenses prevents neighborhood disorder and leads to fewer major crimes. The strategy was used with great success years ago in New York, resulting in crime decreases.

In Milwaukee, though, qualify of life crimes are now met with zero accountability because a person in many cases can just thumb their noses at the system and nothing happens.

The change comes as the Milwaukee County court system and jail continue to reel from the ramifications of COVID policy decisions, staffing shortages and backlogs.

She gave us this statement:

“In the early days of the pandemic, leaders of the Community Justice Council convened to discuss the criminal justice system’s response to the public health crisis and imminent spread of COVID 19.  As it relates to the jail, the Sheriff, with direction from public health officials, decided that the jail should attempt to single cell defendants so the virus would not, among other things, spread in the jail and impact defendants, correctional officers, and surrounding communities and cause delay in the courts’ ability to have defendants brought to court for hearings or trial.

Justice system stakeholders worked together to determine who should be brought to the jail. In doing so, we reviewed a variety of court and police practices nationwide.  As COVID also presented a fundamental challenge to policing, police departments across the country were working with the justice system and altering their practices concerning misdemeanor arrests and warrants. Some were suspending arrests for misdemeanor bench warrants and issuing notices to appear instead of making arrests while others were issuing ‘promises to appear’ or civil citations for all misdemeanor offenses unless there were ‘exigent circumstances.’

As it related to bench warrants (there are other kinds of warrants but I focus on bench warrants here), we decided that all felony warrants, of course, would be prioritized as well as certain kinds of misdemeanor warrants.

The process related to misdemeanor warrants has continued to evolve. Besides COVID’s impact, the jail currently is at or over capacity and no longer has defendants in single-cells. Of course, felonies and those misdemeanor cases noted above are still being prioritized. In fact, it is my understanding that the jail booking room is holding defendants for extended periods of time and several Milwaukee Police Department district stations also are holding defendants for lengthy periods of time awaiting transport and booking in the jail. This is untenable.  Given the current crisis, a new process is currently being vetted with the Community Justice Council leaders and law enforcement for implementation.”

We asked the Sheriff’s Department about a related issue in February and received these details from spokesman James Burnett:

“The jail is barred by longstanding court order from exceeding 960 occupants. In practice, when we approach maximum capacity, the actual cutoff number is often lower than 960, because male and female occupants cannot be housed in the same housing unit. Similar housing restrictions apply to COVID-positive and COVID-negative occupants as well as certain individual occupants due to security reasons. Accordingly, certain beds become unavailable for use by newly booked occupants.

Early in the COVID-19 pandemic, the jail stopped booking certain low-level arrestees (misdemeanor and municipal ordinance violators only). This ‘policy’ is in reality a voluntary arrangement between the jail and the county’s municipalities, which in turn process these lower-level arrestees at their municipal departments or stations. This arrangement was formalized at a MCLEEA meeting last year.

Notably, all misdemeanor domestic violence and operating while intoxicated arrestees are admitted into the jail, without exception. There is no distinction made among domestic violence arrestees based on the nature of the offense. And to be clear, we have continued to book misdemeanor gun charges, threats to safety, and others requested by the municipalities.

Like the Milwaukee Police Department, the Milwaukee County Sheriff’s Office lacks ultimate control over the flow of occupants through the pre-trial detention system. We can only book as many individuals as we have beds available, and even in this regard, we are under a court order limiting wait times in the jail booking room, creating another legal obligation that the facility must uphold. Additionally, because the jail population has experienced increases in size and in the severity of the charges facing its occupants, it is often impossible to transfer occupants to lower-security facilities (e.g. the medium-security House of Correction).

Extreme staffing challenges have also reduced the number of staff available to operate the booking room, although it is important to note that the booking room has never closed to new intakes, nor has it restricted intakes to one per day. On certain individual occasions, the jail has had to limit bookings to three at a given time (and one at a time in certain extreme cases), but not per day.

The Sheriff’s Office has also worked out a scheduling system with MPD to coordinate occupant booking and prevent officers from having to wait for unnecessarily long periods. This is the “reservation” system mentioned in your email. It was, in fact, a system requested of the Sheriff’s Office by some of Milwaukee County’s south shore jurisdictions that this office accommodated in an effort to make it work for all. It involves the district contacting the jail and identifying a time for transferring their occupants downtown. This is an emergency measure not intended as a permanent protocol.

These issues reached an apex early in January during the COVID outbreak in the jail that imposed severe restrictions on housing unit and bed availability. The jail did manage to transfer 115 occupants to the House of Correction given the severity of the situation, and, similarly, worked with the Department of Corrections to expedite transfers to the extent possible.

Furthermore, at the request of the Milwaukee Police Department, the Sheriff’s Office prepared a protocol that would allow MPD to process bails for occupants in their holding cells for whom probable cause had been set by a court commissioner. Of note, the bails in question here would generally correspond with the requested bail listed on the MPD arrest form, which are often higher than bails set in court. The occupant would have to be willing to pay this bail rather than appear in court, and MPD would take responsibility for processing the bail forms (normally processed at MCSO), with administrative and training support from MCSO.”