BolaWrap is going into service in Miami 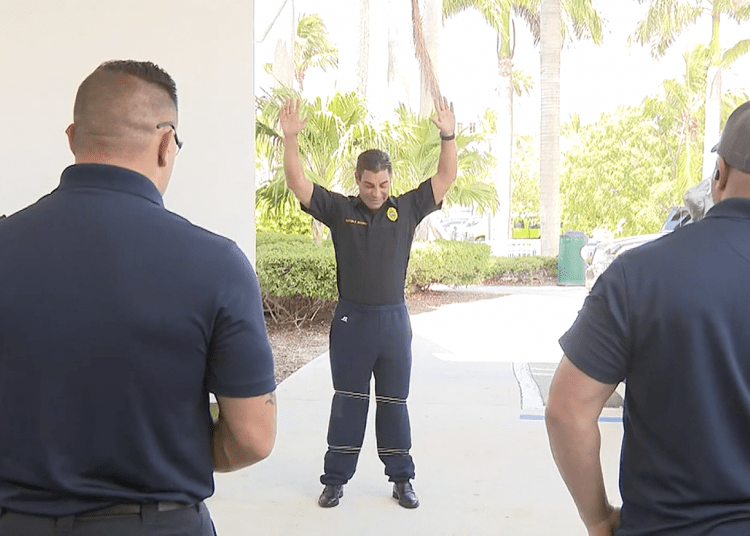 MIAMI – The Miami Police Department is rolling out a new tool used to keep people safe before the use of force becomes necessary, according to a report.

BolaWrap is going into service in Miami. It’s not considered a weapon, but an apprehension tool to subdue people who are dealing with a mental health crisis or intoxicated individuals, according to police, Local 10 reported.

“This is another option that can help us bring the person into custody, and, quite frankly, it’s not even a use of force,” explains City of Miami Police Chief Art Acevedo.

BolaWrap, which is designed by Wrap Technologies, shoots an 8-foot bola style Kevlar tether at 513 feet per second that wraps around a suspect. Company officials say it causes little to no pain, Law Officer reported.

Wrap Technologies CEO and Miami city officials came together at a news conference, Thursday, to demonstrate the new apprehension device.

“Rather than escalating and having to use a taser or pepper spray, or, ultimately a firearm, we are trying to avoid that,” says Wrap Technologies CEO Tom Smith.

“We want to affectively be able to apprehend people,” says City of Miami Mayor Francis Suarez. “We want to bring people to justice.”

It’s the latest technology available for law enforcement officials who are always looking for ways to get combative subjects into custody without injury to officers or resorting to deadly force.

“Anytime we have to go hands-on with somebody to take them into custody for whatever reason, there’s always a chance of injury to our officers and the suspects,” El Segundo (CA) Police Chief Bill Whalen said when his agency was looking at the technology. “This is something that might hopefully mitigate that risk a little bit and give us another tool that we can safely take people into custody and avoid injury to both them and our officers.”