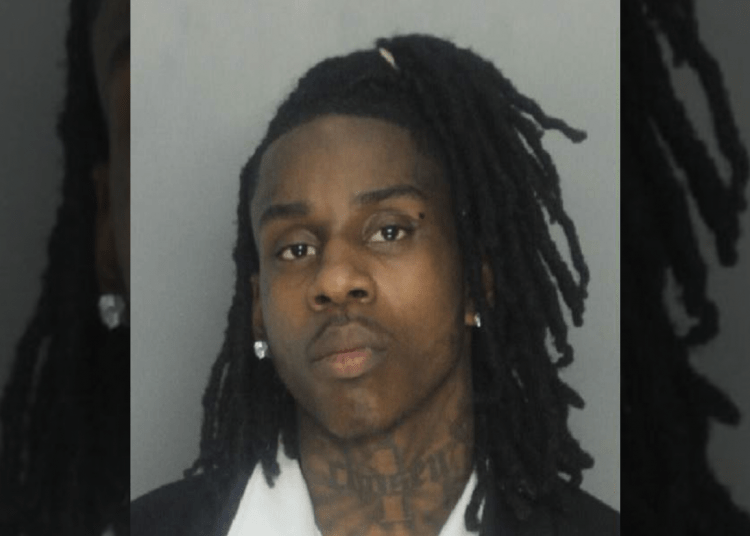 MIAMI – The rapper known as Polo G, whose real name is Taurus Bartlett, was taken into custody early Saturday morning on multiple charges in Miami, according to Local 10 News. A Miami police officer stopped a black Cadillac that Bartlett was inside as a passenger. Police said the vehicle had blacked out windows and the driver was asked to lower his window, according to the arrest report.

Police said the vehicle was occupied by multiple males, including one who said, “This vehicle is bullet proof. That’s why we are not lowering the windows.” “No, for what? Why do I have to lower my window for?” the driver responded, according to the report.

Officers said the group was queried about weapons in the vehicle. They reportedly began nervously looking at each other but didn’t respond, Local 10 reported.

According to the report, all occupants were ordered out of the vehicle so officers could conduct a pat down to make sure the group didn’t have any firearms or weapons on them.

Police said most of the males then exited the car, yelling and shouting at the officers. During the encounter Bartlett, 22, became “increasingly verbally aggressive” and refused to get out of the car.

“F*** you. What the f*** do I have to get out of the vehicle for?” the rapper reportedly said in a state of non-compliance.

According to law enforcement authorities, Bartlett was removed from the vehicle taken to the ground after he resisted by tensing his arms and throwing his body from side to side, Local 10 reported.

During the process, Bartlett is accused of punching and elbowing one of the officers multiple times as the struggle ensued.

Moreover, the physical resistance was accompanied by threatening discourse.

“I will kill you. I swear I’ll use these fists to beat the s*** out of you and knock your a** out,” Bartlett told the officer, according to the report.

Police say two firearms were discovered inside the vehicle in a black bag, although it’s unclear who the guns belonged to.

While being transported to the police station, Bartlett repeatedly kicked the interior door panels of a patrol unit, police said.

According to police, other people who were with the rapper were arrested for various offenses, including driving with a suspended license, driving with no valid driver’s license, resisting an officer without violence and disorderly conduct/breaching the peace.

The encounter was captured on body-worn cameras and public safety cameras, police said.

“The department has initiated a review of this incident, which will include an examination of all camera footage to insure adherence to departmental policy and law,” a news release from the police department said. “The department has also launched an investigation on several threats received against our personnel and facilities by unknown individuals in response to the arrest of Mr. Bartlett.”

Despite police finding firearms in the vehicle, a video was circulated on Twitter by @raphousetv2 that shows a woman, who is believed to be the rapper’s mother, yelling at police officers following her son’s arrest.

“All of this for two boys? Where are my sons?… please, video all of this s***!” the woman screams, pointing at a crowd of police vehicles that were parked at the scene. “For two f***ing kids with no f***ing guns!”

Presumably the seized firearms will be the topic of follow-up investigation by police.