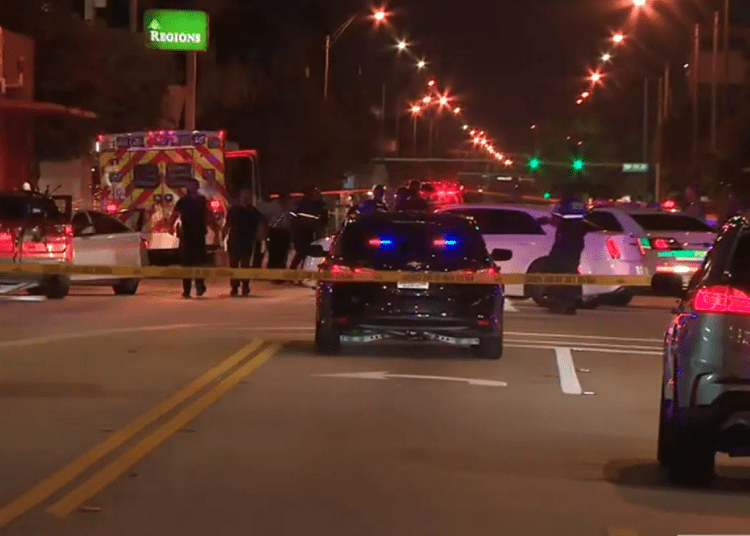 Cesar “Echy” Echaverry, 29, was a five-year veteran with the department. He worked as member of the robbery intervention detail, NBC Miami reported.

“Surrounded by loved ones, Echy succumbed to his injuries after a brief battle for his life,” Ramirez said in a statement. “Officer Echaverry died in the line of duty while serving and protecting our community.”

The Broward County Sheriff’s Office issued an alert regarding an armed robbery that occurred just north of Miami-Dade County on Monday. Echaverry spotted the vehicle, which was being driven by 32-year-old Jeremy Horton, and tried to initiate a detention Monday evening, Fox reported.

However, Horton crashed his automobile and fled on foot before an exchange of gunfire took place, leaving Horton dead and Echaverry critically wounded.

It is with great sadness and heavy hearts that we announce the untimely passing of Officer Cesar "Echy" Echaverry. Surrounded by loved ones, Echy succumbed to his injuries after a brief battle for his life. pic.twitter.com/gue5oQZwug

A second suspect in the armed robbery, Jamie Robles, was fatally shot by officers serving a search warrant  Tuesday afternoon at a hotel in Miami Springs.

MIAMI — A Miami-Dade police officer was critically wounded and an armed robbery suspect is dead as a gun battle took place during a car chase Monday evening, authorities said.

According to a press statement from the Miami-Dade Police Department, the suspect smashed his vehicle into a police cruiser and another vehicle while trying to flee the scene of an armed robbery near the Liberty City neighborhood.

“An altercation ensued and shots were fired resulting in both the officer and subject shot,” police said in the statement, WSVN reported.

Following the exchange of gunfire, the critically wounded officer was rushed to the Ryder Trauma Center, where fellow officers gathered. The suspect was pronounced dead at the scene, according to the news outlet.

“I ask our community to please stand as one and pray. We have hard days ahead of us. We have to do this together as one, as a community, as a law enforcement family,” Miami Dade Police Chief Alfredo Ramirez said outside the hospital. “Right now all I ask for is prayers and good thoughts, and unity.”

Law enforcement authorities also said three people from the car that was struck were hospitalized. They are listed in stable condition.

According to Local 10 News, the critically wounded officer works as a detective with MDPD’s Robbery Intervention Detail.

“We’re here in solidarity, waiting patiently,” Cava said. “The officer is in critical condition and all we can do now is wait and pray and be together. So we ask all of you to join us in prayers, in support for the family and for the entire law enforcement community that is on vigil, is on standby during this difficult time.”

“The car that they was chasing run into the white car – it was a very strong hit,” Ladipo said. “The police came – it was like 15 cars came, and when they got out, they start shooting at him. I couldn’t see them shooting at him, but they was shooting. I heard like 20 shots.”

"We have hard days ahead of us" says director of @MiamiDadePD after an officer was shot, critically injured last night. Suspect was killed. LIVE report from the scene & hospital on @wsvn pic.twitter.com/WVr5US6qss

The officer-involved shooting is being investigated by the Florida Department of Law Enforcement.