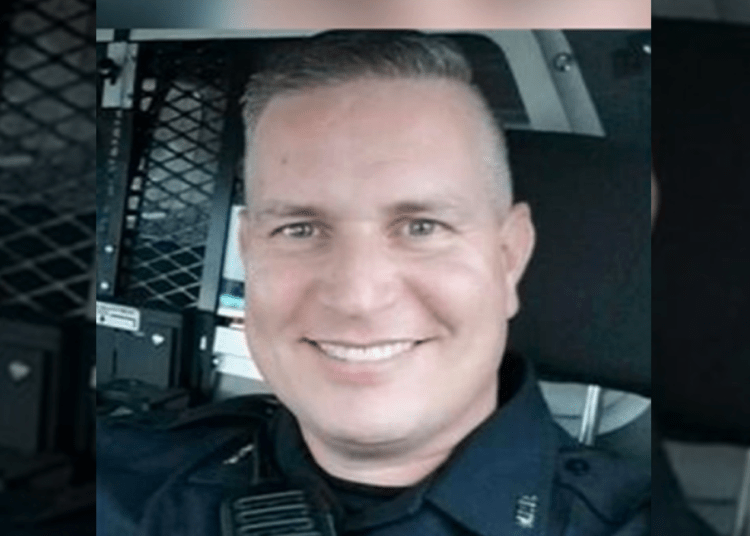 The Mesquite police officer killed in the line of duty has been identified as Richard Houston. The 21-year veteran was married with three children, NBCDFW reported.

At a growing memorial outside of the department on Saturday, a steady stream of neighbors stopped to pay their respects.

“I know a family just lost their everything right before the holidays, and we want to show them that we are thinking about them and that he didn’t die for nothing. We appreciate him,” Monica Obennoskey said.

Mickey Sage, a retired mechanic for the department, brought his granddaughter to leave flowers on the patrol car.

“We know when they go out, they might not ever come back home and it hurts,” Sage said.

Houston graduated from Session 153 of the Basic Course in Applied Police Science in 2001 and was named valedictorian of his class. His assignments included serving in the operations bureau as a patrol officer, on the SWAT team for more than 10 years, and in criminal investigations handling burglary and theft, homeland security, and juvenile and gang cases.

A special donation webpage has been established to assist the Houston family with expenses.

Mesquite, Texas – Law Officer previously reported on the critical condition of a Mesquite police officer after being shot in the chest. According to Mesquite Police Captain Stephen Biggs, the shooting occurred at approximately 1:40 p.m. in the parking lot of an Albertsons grocery store in the 1500 block of South Beltline Road, where the officer was called to a report of a disturbance involving two women.

During the call, a man pulled a gun which led to a shootout with the 21 year veteran of the Mesquite Police Department. The officer, who has not yet been identified, was transported to Baylor Medical Center where he died, according to Mesquite Police Chief David Gill. 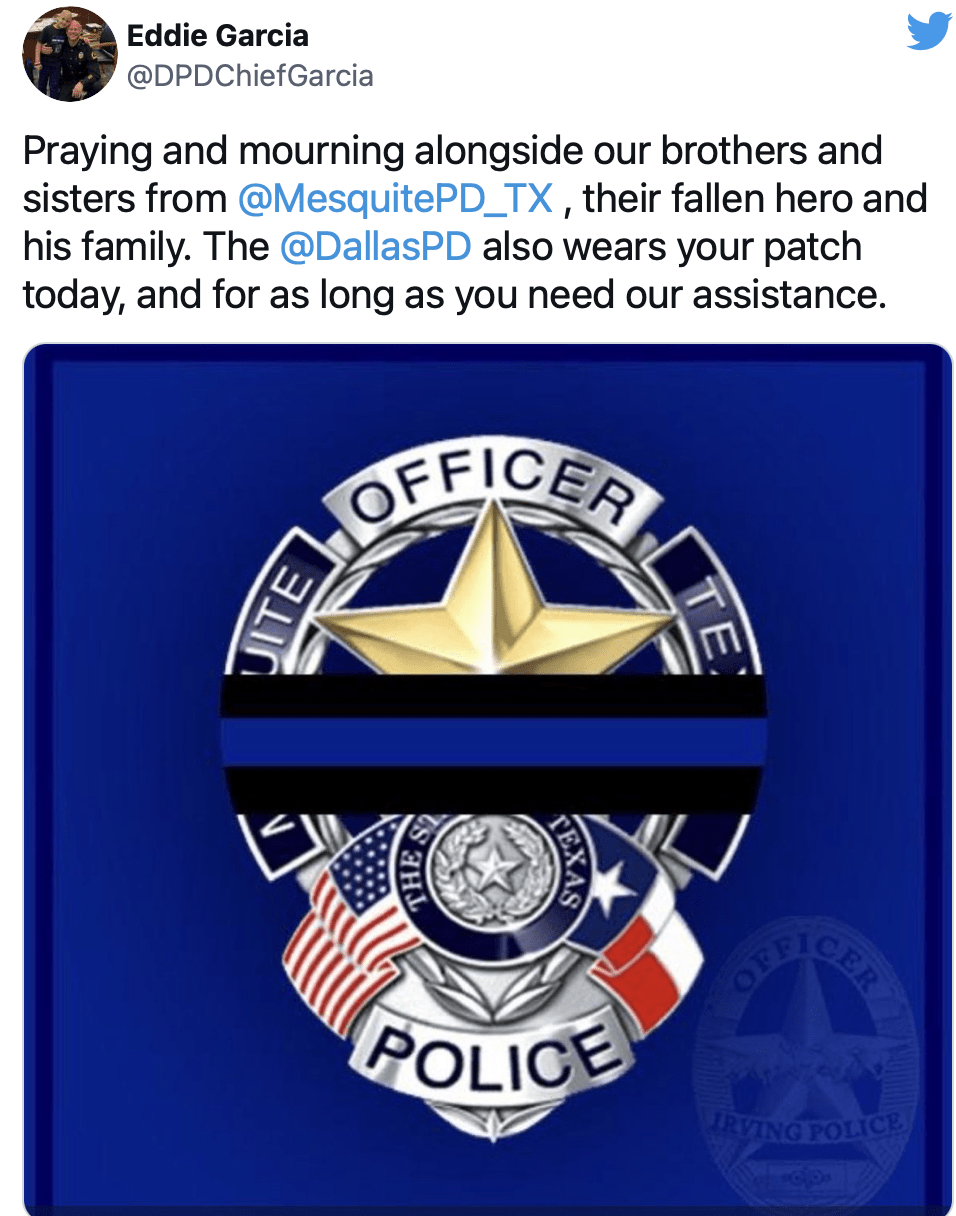 “This is a senseless act of violence that ripped a loving father from his family,” Gill told reporters in a news conference Friday evening outside the hospital.

“He was a good man, a good friend and a good officer. Please keep his family and our family in your prayers,” he said, fighting through tears while dozens of law enforcement officers stood behind him.

NBCDFW reported that the suspect in the shooting was last listed in critical condition with one gunshot wound.

FALLEN OFFICER PROCESSION: A procession was held to escort the body of the Mesquite police officer who was fatally shot in the parking lot of a grocery store. READ MORE: https://t.co/O0JmChbJaG pic.twitter.com/rOKWDniZ6n

Dozens of law enforcement officers gathered outside Baylor Medical Center to wait for news of the wounded officer’s condition. Many more formed a motorcade to escort the officer’s body from the hospital to the Dallas County Medical Examiner’s office.