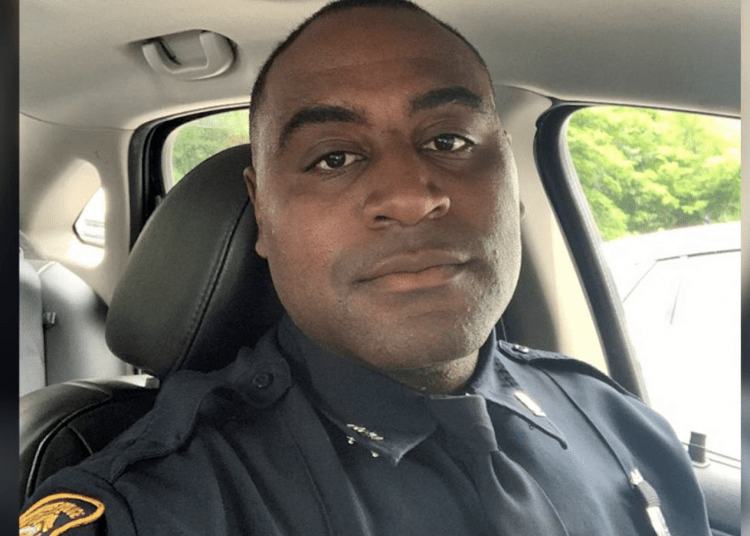 Officer Nicholas Blow was killed in a traffic fatality overnight, according to his father. (Family of Nicholas Blow)

MEMPHIS, Tenn. — A Memphis police officer killed in a crash has been identified by his family. Officer Nicholas Blow was involved in the traffic fatality Monday night.

Blow, 31, leaves behind a 2-month-old baby, his father told FOX13. The infant was born on Christmas Eve.

Police said the officer was leaving his shift at the Raines Precinct just before 10 p.m. when he was hit by another driver. Both the officer and the other driver were rushed to the hospital, but Blow did not survive, according to FOX13.

Blow was an 8-year veteran of the U.S. Army prior to being hired by the Memphis Police Department in October 2018.

The driver of the other vehicle remains in the hospital in non-critical condition due to injuries caused by the collision, police said.

No charges have been filed at this point as the investigation continues.

The driver of the other vehicle remains in the hospital in non-critical condition due to injuries caused by the wreck. No charges have been filed. This is an ongoing investigation.

There were no further details released.

My thoughts and prayers today are for the family of Officer Nicholas Blow. My heart breaks for a family who lost their son, a woman who lost her partner, and especially for his two-month baby girl who will never get the chance to know her father.

I spoke with the father of #Memphis officer Nicholas Blow who was hit by a driver leaving Raines Precinct last night. His father says Nicholas leaves behind his 2 month old baby who was born Christmas Eve. pic.twitter.com/Km8Qw1WIOE