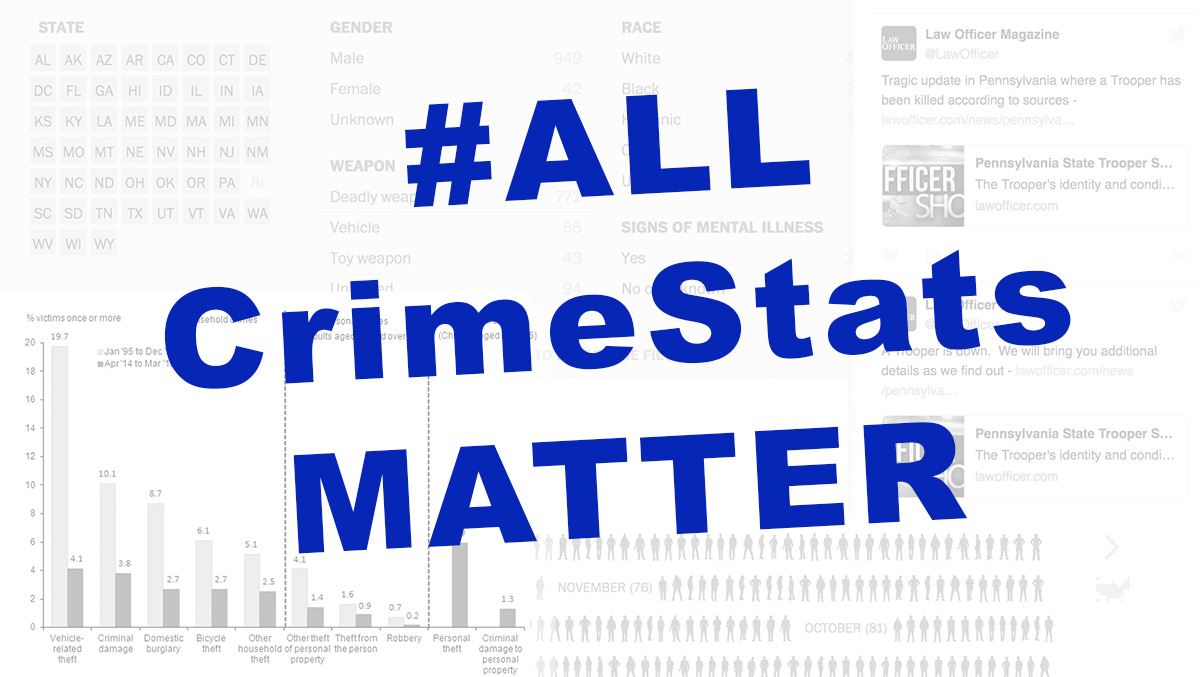 Law enforcement officers fatally shot 991 people in 2015; and 957 in 2016 according to a Washington Post news report and data they have made available.

The Washington Post reported that “white males continued to be the most often killed.” Hence, from a racial perspective—which is just one of many way to narrate statistics—the majority of people fatally shot and killed by law enforcement were Caucasian.

Yet in what appears to be an artificial expectancy of some kind, the Washington Post highlights that “when adjusted by population, black males were three times as likely to die as their white counterparts.”

However, this “likelihood” hardly reflects the facts about what actually occurred—more “whites” were shot and killed by police than any other race.

Incidentally, if “likelihood” was considered behind the over-hyped “black/white” media narrative, the “likelihood” of an Asian male in California being shot by police, compared with the rest of the population, should seem far more alarming.

The Washington Post report highlights that “34 percent of the unarmed people killed this year were black males, although they are 6 percent of the population”—which ignores that by majority, some 66% of unarmed persons were of another race.

The report also ignores important statistical data about predicting who will likely encounter use of force by the police, namely criminals, and more specifically, criminals involved in violent crime. The Washington Post and other media outlets continue to use “population” as their basis—not the criminal population—a preference which should seem outrageous to even a beginning student of statistics.

The Department of Justice has been tracking the race of crime suspects for years.  And “black/males”, which as The Washington Post said make up 6% of the population. However, this 6% group accounts statistically—and quite disproportionally—for over half of all the homicides committed, and a disproportional number of violent crimes as well.  To completely ignore this data is to enable a seriously misleading narrative about violent crime and crime statistics.

Perhaps more importantly, such broad generalizations skew perceptions of racial matters, particularly since the Washington Post and other news media offer no case-by-case description or comparison of the race of the person shot—with the race of the officer who did the shooting—which would provide far more precise insight about racial matters, or likewise, any other aspect.

Beyond the Hype: Police Shootings of Unarmed Persons Decrease 44%

Despite this significant decrease, the Washington Post points out a peculiar phenomenon of 2016: “While there was national controversy in 2015 over killings of unarmed individuals by police, fatal shootings of several armed individuals this year led to similar outrage.”

But even without “doing the math,” if shootings of unarmed persons decreased 44%, yet overall police shootings remained “virtually unchanged” as the Washington Post claims, there’s a simple conclusion to be made: more people involved in police shootings were armed.

Of course, several high-profile police shootings rightly demand all the attention, scrutiny, and correction they deserve—especially the ones involving police misconduct and use excessive force.

While the greatest statistical increase by far, involves the number of officers who have been shot and killed.

Both statistics are significant, no matter which side of “the debate” you’re on.

Yet, as though without respect for the individuals involved—whether officer or civilian, bystander or relative—newspapers and media outlets are claiming the tragedies of police-related shootings somehow “remain virtually unchanged” in 2016.