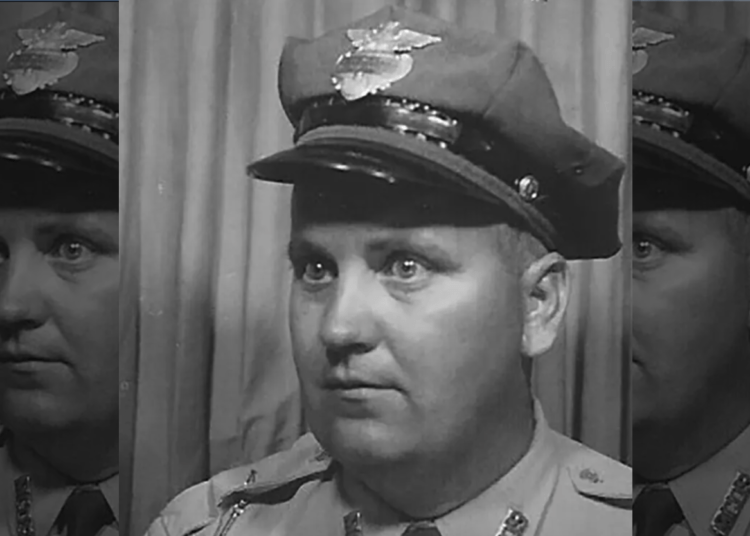 MONTGOMERY COUNTY, Md. – The Montgomery County Department of Police in Maryland announced Wednesday that they are pursuing a criminal prosecution in a 51-year-old cold case homicide involving the murder of a sheriff’s captain. The law officer was found lying face down in a pool of blood in a country club parking lot in the early 70s.

Det. K. Leggett and Cpl. L. Killen combed through case files, recordings and interviewed witnesses, the department said. Through the investigative process, they narrowed in on one person, Larry David Smith, aka Larry David Becker, 71, who had been living in New York under the alias for over 45 years, Fox News Digital reported.

On Saturday, October 23, 1971, at about 10:40 p.m. investigators believe Hall interrupted a burglary in progress. He was shot and critically wounded by the suspect at the Manor Country Club on Carrolton Road in Montgomery County. He was seen lying face down in the southeast parking by witnesses who reported the tragedy to authorities.

The Officer Down Memorial Page records the following details:

“The Country Club drink machines had been broken into, and a house nearby had been robbed. Items stolen from the home were found near Captain Hall’s body in the country club’s parking lot. His service weapon had not been fired.”

Responding officers located Hall and discovered he was suffering from a gunshot wound. He was transported to an area hospital, but died three days later.

Smith, aka Becker, was 20-years-old at the time of the crime. Leggett and Killen interviewed him in New York on Sept. 1. During that interview, Smith reportedly confessed to shooting Hall.

As a result, detectives applied for and received an arrest warrant charging Smith with murder. The 71-year-old suspect was then taken into custody in New York and awaits extradition. He is expected to return to Maryland by the end of the week, Fox reported.

Becker was interviewed by police in 1973, but was not considered a suspect at the time.

Investigators determined he changed his name to Smith around 1975 and began living in Little Falls, New York for more than 45 years.

The homicide of Hall is the oldest cold case murder that has been solved by the Montgomery County Department of Police.

According to the Officer Down Memorial Page, Hall was 53-years-old when he was killed. He was survived by his wife, two children, and four grandchildren.