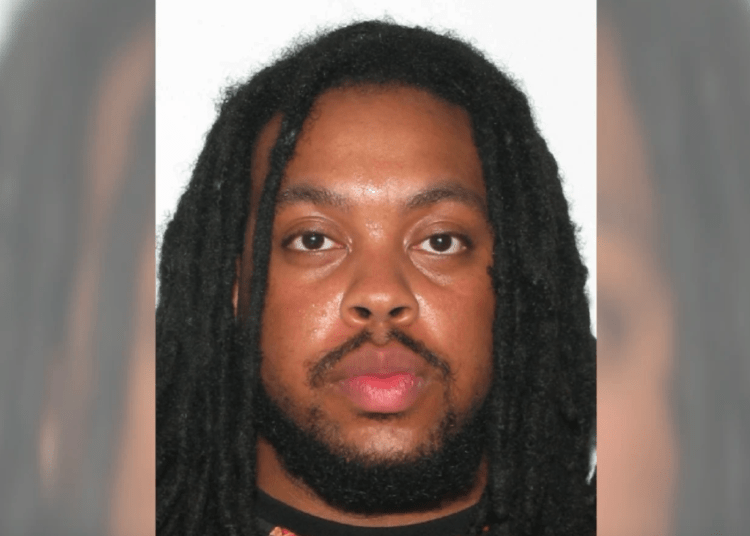 VIRGINIA BEACH, Va. – Law enforcement authorities in Virginia are searching for a man accused of killing two people and apparently implicated in a third homicide. The dangerous suspect also has a history of weapons violations and a sex offense involving a minor.

Cola Winborne Beale IV has been charged with second-degree murder in two homicides, according to Virginia Beach Police.

As the manhunt for Beale is underway, they now say he’s also implicated in the slaying of a 32-year-old man who was found dead in his home earlier this week, The Virginian-Pilot reported.

Arrest warrants for Beale were issued Monday, yet he has not been found. Hence, the U.S. Marshals Service has offered a reward of up to $10,000 for anyone with information leading to his arrest.

“Beale is a convicted sex offender with a history of possessing firearms and should be considered Armed and Dangerous,” the Marshals said in a statement, noting a specific tattoo of “Geneva” is inked on his right forearm.

The U.S. Marshals Service is offering a reward of up to $10,000 for information leading to the arrest of Cola Winborne Beale IV, 30, who is wanted by the Virginia Beach Police Department for 2 counts of 2nd Degree Murder and 1 count of Arson: https://t.co/RqstsVCl0M pic.twitter.com/0knLxX5vvI

Beale has already been charged with the murders of 73-year-old Clifton Baxter and 31-year-old Czavier Hill.

Baxter was found dead from gunshot wounds in his home last Thursday, according to Virginia Beach Police, who were at his residence conducting a welfare check.

Beale had intermittently lived in Baxter’s home over the years, according to neighbors, who say he is Baxter’s son, although that detail is unconfirmed, the Daily Beast reported.

Neighbors mourned Baxter’s death, warmly recalling his presence in the community, according to The Pilot.

“He was a kind and gentle man. The kind that always looked out for others,” Gina Padon said. “He’d always tell me, if I ever had any trouble to come to him first.”

Hill was found shot and killed March 23 after a fire was reported at her home. Law enforcement authorities confirmed that Beale and Hill were romantically involved.

According to the Daily Beast, the Norfolk Police Department said Beale is a primary suspect in the murder of 32-year-old Downing M. McLean, who was found dead on Monday. A cause of death has yet to be revealed to the public as the investigation remains ongoing.