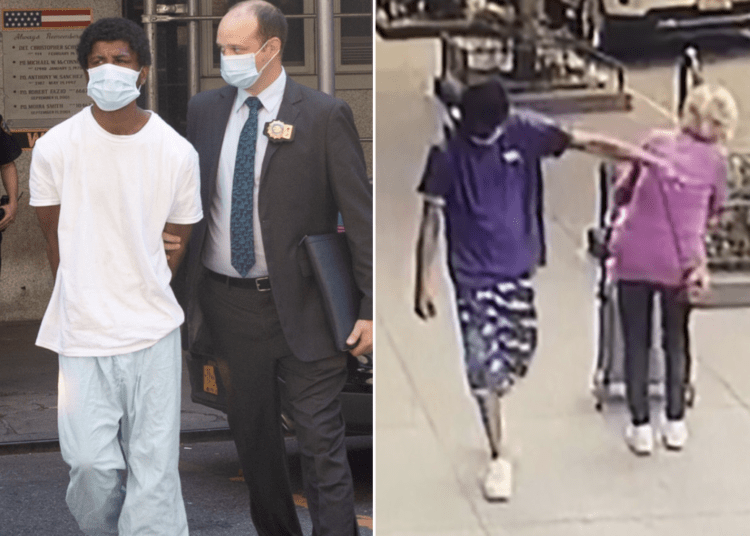 NEW YORK — The man who randomly attacked a 92-year-old woman in New York City is a serial offender who was on the streets after he only received appearance tickets for his last three arrests, law enforcement sources told Fox News.

Rashid Brimmage, 31, is a registered sex offender who has been arrested 103 times, including for allegedly sexually abusing a 13-year-old. But he was given a court date for his three most recent arrests instead rather than be held in police custody until arraignment.

He was busted most recently on Tuesday and charged with assault against the 92-year-old woman, whom he shoved on the afternoon of June 12 in the Manhattan neighborhood of Gramercy.

The victim, who identified herself to the New York Post as “Geraldine,” was hospitalized and is now on the mend, but told the Post the random attack has left her “shaken.”

“My head still hurts where it was bleeding, where I hit the hydrant — or where he hit me, I don’t know,” she told the outlet. “Mainly it’s psychological — just the fear of going out on the street…This damned guy put me in a state where I’m fearful to walk the streets alone.”

Brimmage is due to appear before a judge later Wednesday, when bail will be set. But this year alone, he’s been arrested at least three other times, a law enforcement source said.

Ten of Brimmage’s 65 unsealed arrests were for sex crimes, largely forcible touching, sex abuse and public lewdness, a different police source said. Five of those instances involved Brimmage allegedly groping or touching his victims – one of whom was only 13 years old, the source said.

“It’s just crazy that he got those DATs in this year alone, with the arrest record that he holds,” the source said. “That’s just unbelievable to me.”

An NYPD spokesperson told Fox News: “It’s deeply concerning that an individual with a penchant for unprovoked violence and a history of victimizing the most vulnerable continues to walk the streets of New York City despite a lengthy arrest record.”

NEW YORK — NYPD is looking for a suspect who cruelly clotheslined a 92-year-old woman in what appears to be a random attack.

The capricious, unprovoked crime was captured on video.

Footage of the incident, which happened Friday afternoon in Manhattan, begins with the woman traveling in one direction on a sidewalk with the assistance of a pushcart, while the unidentified suspect heads her way.

?WANTED for ASSAULT: Do you know him? On 6/12 at 3:23 PM, on 3rd Avenue between 15th Street & 16th Street in Manhattan, he pushed a 92-year-old female to the ground causing her to strike her head on a fire hydrant. Have info? Call/DM @NYPDTips at 800-577-TIPS. pic.twitter.com/SjTltmuNbb

When the man passes the woman, he appears to strike her face with his left hand – causing her to fall. The man, meanwhile, continues walking in the direction he was heading and turns around to look at the woman lying on the ground as he leaves the frame of the video, Fox 5 New York reported.

The woman, who is 92 years old, was later taken to a local hospital in stable condition, according to Fox. She reportedly hit her head on a nearby fire hydrant when she fell.

The suspect in the video was last seen wearing a blue or purple shirt, multicolored shorts and white t-shoes.

Police are now offering a reward of up to $2,500 for information leading to his arrest.